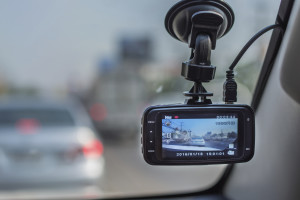 On February 3, 2016, at approximately 3:00 p.m., a 47 year old woman suffered fatal injuries as she was driving through Peachland.  An oncoming 4Runner had crossed the centre line causing a head-on crash.

It was, of course, entirely preventable.  It doesn’t take any special skill to keep your vehicle on your side of the road if you are driving a sensible speed according to the road conditions.

I have compassion for the 4Runner driver who caused the crash.  She is not to be singled out nor demonized, in my view.  She is a symptom of a driving culture that we all, as a whole, need to take more responsibility for.  She wasn’t the only one overdriving the conditions that day.  I wish her as speedy and full a recovery from her injuries as can be hoped for.  I also wish her the most peace she can find in recovering from the psychological impact of having caused a fatality.

I was reminded of the tragedy two weeks after the February 3rd crash, when a friend suggested writing about it in my column.

We just carry on, with no improvement in the level of care we take on the roads, while the crashes keep occurring.  When looking for media footage of this crash I stumbled on news reports of another head-on fatality on the same stretch of road that occurred just 13 days later on February 16, 2016.

There is something unique about the crash of February 3rd.   Footage of the horrible, graphic event was caught on the dash camera of a motorist travelling on a street parallel to the highway.  The footage is available for all to see on the internet.

My friend’s column suggestion had to do with an on line debate about whether or not the video should be available for public viewing.  I have not seen the debate, but apparently many feel that public availability of the video is an insult to the family of the deceased.

My gut response was that we need to see the footage, particularly because a woman lost her life.  We need watch, in slow motion if that is more poignant, those moments.  We need the senselessness of the crash and the gravity of the loss to hit us over the head as if with a sledge hammer.

My gut response gets me into trouble sometimes.  I did a little internet research to help me find perspective.

I found lots of links to fatality videos, which helped me understand the point of view of those feeling that the video should not be available for public viewing.  Horrific car crash videos have, it seems, become something of entertainment, with many video compilations titled: “Most horrific car crashes ever caught on camera” as if to best capture the viewer’s attention.

One fatality video affirmed my gut response.  The helmet camera of David, a 38 year old motorcyclist, captured his 2013 head-on crash with an oncoming vehicle that turned directly into his path.  The approximately 10 seconds of dash camera footage is the last 10 seconds of a beautiful video that includes David’s mother lovingly sharing about her son.

These words come up on the screen as part of the introduction: “David’s family have seen the footage and feel passionate about preventing deaths on our roads.  It is their wish this footage is released to make riders and drivers think seriously about road safety”.

Perhaps a beautiful video might eventually be made that tells us the story of the yet nameless 47 year old woman who lost her life on February 3, 2016.  I believe that such a video would help us all feel something of the devastating loss.  It is only by feeling and recognizing the gravity of the loss that we become motivated to make changes.

If, at some point, the family feels moved to create a video like David’s, I would appreciate the opportunity to fund the videography work.

If anyone would like a link to David’s video, please e-mail me.