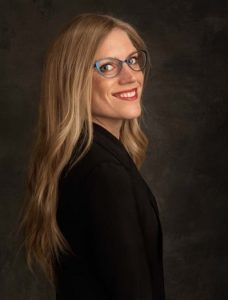 Ashley has called the Okanagan home for most of her life, growing up in the small town of Lumby, BC, about an hour away from Kelowna.  She graduated from UBCO in 2015, with a Bachelor of Arts majoring in Psychology and was accepted into the Hergott Law Team in 2016.

Ashley enjoys travel, most memorably being the 5 weeks she spent in India in the summer of 2016, working in an orphanage, trekking through the Himalayas, and spending 10 days in complete silence, meditating.  She loves the versatility of the Okanagan, spending summers on the lake, and winters up snowshoeing, and enjoys coming home to her two furry four-legged children, Cleopatra and Caesar.   Ashley enjoys the exciting challenges at Hergott Law and looks forward to seeing what’s in store for her in the future with this company.