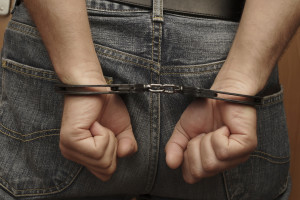 I’ve just read about the sentencing of yet another drunk driver who caused the death of innocent people. This time, the innocent people were four grandmothers on their way home from a church supper.

The drunk driver had more than three times the legal limit of alcohol in his system.

His minivan crossed the center line, causing a head-on crash. All four women were killed and the drunk driver’s life was spared. He was sentenced to four years in prison. Of course, with good behaviour, he’ll be out after serving only a portion of that sentence.

This isn’t the first time I have felt compelled to write about the sentencing of a drunk driver, even though the criminal justice system is rarely the subject of my column. There is a large volume of citizen commentary on the web site where the story was originally posted.

Overwhelmingly, the focus of the commentary called for harsher sentencing and, as I have come to expect, there was a heavy dose of criticism levelled at the judge who imposed the sentence.

Judicial criticism is one thing that gets me riled up enough to go off the personal injury topic from time to time. I’m not going to make that a focus of this column, though. (Have a look at my Sept. 7, 2008 column,“Judges follow strict code of law in sentencing criminals,” if you feel that the judge screwed up and would like to shed your ignorance.)

The more enlightened of the commentary recognized the judge was simply following the law, and called for our politicians to change the laws to require harsher sentencing. Calls for harsher sentencing is another thing that gets me riled up though, particularly when they concern impaired driving.

That kind of thinking makes no sense.

It may feel right, but feelings are about the worst justification for sentencing principles that you could come up with. I thought we did away with that when lynching faded into the history books. In the case I referred to earlier, we want the drunk driver to pay for his crime.

What, though, was his crime? I suggest to you that the driver’s criminal conduct was taking care and control of a motor vehicle when his blood alcohol level was beyond the legal limit. It was tragic misfortune that he happened to pass out on his way home and drift into the oncoming lane of traffic.

It was more tragic misfortune that there was an oncoming vehicle in his path carrying four innocent human beings. The icing on the cake of tragic misfortune was the fact that the crash was severe enough to cause the deaths of those four women.

Another name for tragic misfortune is bad luck.

The sentence for drunk driving, when luck is good and no-one is killed or injured, is a fine which, in my view, is ridiculously small. Does it make any sense to sentence one drunk driver to four life sentences and another to a small fine, because the one was horribly unlucky?

In my view, it makes sense to sentence on the basis of criminal conduct, not bad luck.

Why isn’t there an overwhelming call for harsher sentencing for drunk driving, regardless of the bad luck consequences of that conduct? That, I would support.

I’m not all fire and brimstone, though. I’m not talking about putting drunk drivers in jail and throwing away the key. How about a fine equalling a month’s wages, so that high income earners are impacted as much as low income earners?

How about pasting their faces on the front page of the newspaper with the message: “I risked the lives of innocent people when I was an idiot and drove drunk”.

I think the public relations campaign, lining up empty beer glasses in front of the camera lens to illustrate that drinking impairs driving is ineffective. I think humiliation might be the key.

Why are we not inundated with government sponsored advertisements geared to cause us to shun drunk drivers instead of enabling them? We are totally missing the point if we get upset about the legal system because a drunk driver gets a sentence that doesn’t measure up to the harm he or she caused.

Instead, let’s get fired up about our social system that continues to turn a blind eye to our friends and neighbours who get behind the wheel after drinking.