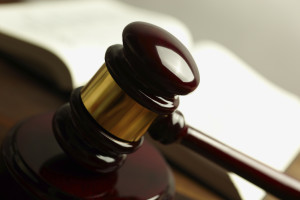 This posting is about compensation for the loss of a child’s life.

This is different than compensation for physical pain and the impact that pain has on your life.  This is compensation for emotional pain suffered by the siblings, parents, grandparents and others who are left with an aching void.

I have a clue about the magnitude of the emotional pain arising from the loss of a child.  My first born son would have been ten years old on May 4, 2010, if the umbilical cord hadn’t worked against him in the final hours.

What I have difficulty personally relating to, is when a child’s life has been taken away by someone’s negligence.  Feelings of loss would be complicated by feelings of retribution.  I would have trouble getting my head around the fact that my child would still be here if it were not for someone’s carelessness or recklessness.  It might take a team of horses to hold me back from “expressing myself” to the responsible driver.

Other jurisdictions have put upper limits on the amount of money that can be awarded for the non-financial losses associated with the loss of a child.

A May 1, 2007, article in the Morning Sentinel, a publication in Maine, in the United States, noted that the upper limit for such losses in that jurisdiction is $400,000.00.  The grieving father, the subject of that article, said that he was shocked to learn that the death of a child was worth no more than $400,000.00 in Maine.  He submitted testimony to a government committee considering an increase of the cap to $600,000.00.

If you were a policy maker, would you impose a cap?  If so, where would you set it?

If you seriously injure a child in a motor vehicle accident, you will be required to compensate that child for their pain and suffering and loss of enjoyment of life.  If the child dies, however, you’re off the hook.

In British Columbia, you can only claim for financial losses arising from wrongful death.  With children, as abhorrent as this analysis may seem, the death is a financial gain.  It’s not cheap to raise kids.

If you are unhappy with the current state of the law in British Columbia, do something about it.  Talk to and write to your MLA.  I would be happy to pass along any of your e-mails.

Published May 13, 2007 in the Kelowna Capital News