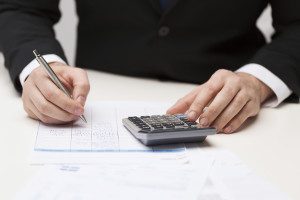 The standard routine played itself out again the other day.

It shouldn’t cause me to have an emotional reaction, but it always makes me angry.  The insurance adjusters are just doing their job.  Instead of feeling angry, perhaps I should be impressed.  They are very good at what they do.  Their job is settling claims for as little as possible, and their tactics for doing so are second to none.

I am talking about that inevitable meeting the insurance adjuster sets up at the claim centre to talk about settlement.  Up until then, the relationship with the adjuster is very positive.  You are encouraged to bring in your receipts for medications and treatments and a reimbursement cheque is cut right away for the full amounts.  Your wage losses are being paid in full.  Of course, this feigned generosity is a tactic.

Am I just being cynical?  Well, let’s see.

Why else would the generosity abruptly stop if a lawyer gets involved?  What’s to be gained by appearing generous?  Trust.  If a positive relationship can be built with the injured victim, then the injured victim is more likely to trust the insurance adjuster when the other shoe drops at the settlement meeting.  The tactic falls apart when a lawyer is involved, because the lawyer is there to give the straight goods on what the claim is worth.

And it’s hardly generous.  Every dollar is going to be paid eventually at the resolution of the claim.  The income loss and treatment expenses are typically a very, very small portion of a claim.  In fact, cutting people off from this money because they hire a lawyer could be viewed as a punishment: “Get someone in your corner to ensure a fair result, and we’ll punish you by turning off the tap.”

Fortunately, when this routine played itself out again some time ago, it was one of my clients who was in the hot seat.  The insurance adjuster didn’t know that I was involved.  I often lay in the weeds in the early stages of a claim, not letting the insurance company know of my involvement.  This way, the client gets the benefit of the feigned generosity. I only make myself known when the taps are shut off.

The adjuster told my client, as if it was fact, that her claim was worth a certain dollar range.  The dollar range proposed happens to be a fraction of my opinion of the value of this case.  In fact, I expect my contingency fees themselves to exceed the proposed settlement range.

When the prospect of hiring a lawyer was raised, it was done so in such a way as to insinuate that it would be a bad idea.  He said that there are good lawyers and bad lawyers, with the insinuation that she could get stuck with a bad one.  It was also proposed that she could end up with much less money in her pocket after paying the legal fees.

This lady had been put on indefinite medical leave by her doctor because of her crash injuries, a crash that happened over a year and a half previously.  The insurance adjuster suggested she could end up with less than $10,000 if she hired a lawyer, which is absolutely ridiculous.

What makes me angry is that some people believe this bunk.  People accept low-ball settlement offers from insurance adjusters who discourage them from actually finding out what their claim is worth.

Making a low-ball offer isn’t unfair.  What’s unfair is discouraging people from getting the legal advice necessary to find out what their claims are really worth.

In many other legal transactions in our society, it is necessary for people to get independent legal advice so that they are fully informed before they commit themselves. Settling a car crash claim can be one of the largest financial transactions a person makes in their life.  In my view, fairness dictates that the insurance company insist that they have independent legal advice before doing so.

You do not need to retain a lawyer to get independent legal advice about the value of your claim.  Many lawyers give free initial consultations.  Knowledge is power.  Get informed before you make a decision as significant as settling your personal injury claim.