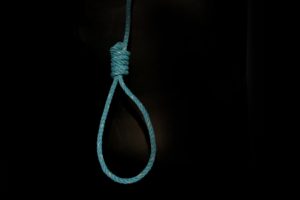 I am not intending to use that word with a “stupidity” connotation. My declaration is the written version of a “selfie”!

My last column featured the creep catcher “sting” of a predatory adult who actively pursued sexualized communications and a meeting with someone he thought was a 14 year old girl.  The “catcher”, Shoni, was a 31 year old woman.  She, herself, had been victimized as a 14 year old.

The video is compelling.  It wasn’t the “Yer done, bud” testosterone laden spectacle I was expecting to see.

Shoni seemed genuinely interested in making a difference in the world by protecting other young girls from being victimized like she had been.  While she knew the posting of her video was going to cause devastation to the husband and father she was sitting across from, she also showed an interest in helping him understand the consequences of his actions and provided resources where he could get help.

I concluded that I was reluctant to offer any level of endorsement to the creep-catcher movement, because of obvious problems with unregulated, undisciplined vigilante cowboys sticking their noses in police business, but confessed to feeling a sense of security for the safety of my early-teen daughters, that Shoni is doing the work she is doing.

I am thankful to those who contacted me after reading my column, with efforts to improve my knowledge and understanding about the dark side of creep catchers.

The video I had seen is on one end of a dramatically broad spectrum.  My eyes were opened to the opposite end.

A Community Support Worker told me about a developmentally challenged client, living with fetal alcohol syndrome, who was devastated by a creep catcher “sting”.

Unlike the predator in the video I saw, her client wasn’t on the prowl for a sexual encounter with an under aged girl.  He was pursued by the “catcher” on an adult dating site.

He did meet with the “catcher”, who did the “bait and switch” thing, revealing that even though she was on an adult dating site, she was really under aged.  He was clear in the chat communications leading up to the meeting that there would be nothing sexual.

There was absolutely nothing morally nor criminally wrong with this developmentally challenged fellow’s behaviour.  The face to face creep catcher confrontation, as well as being featured on social media and the creep catcher’s website were horribly unfair and destructive to him.

This was not an isolated event.  I learned from someone else about another incredibly vulnerable victim of creep catchers, this time a situation of mistaken identity, who had already been suicidal before the “sting” that occurred within the last several months.  She has since succeeded in taking her own life.

The public shaming of a perceived pedophile is a present day lynching.  A life is not taken in a literal sense, but a life can be destroyed, including to the point of a suicide.

Is there a place for creep catchers in our society?  Vigilante lynching is not, and will never be, ok.  I am embarrassed that I had not seen the direct analogy to actually stringing someone up on a tree.  I am disappointed in myself that I had publically endorsed such conduct.  Please accept my apology.

I do think that there is a place for passionate volunteers, like Shoni, looking to protect young girls from predators.  One way might be for police forces to train and make use of these incredible volunteer resources.  Another idea might be for the “stings” to continue, but without the public shaming element.

I welcome the opportunity to participate in the dialogue.