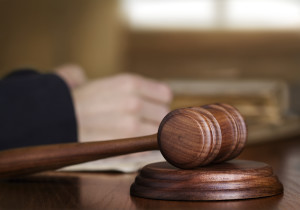 If any of you read my column published September 7, 2008, a lot of this is going to sound familiar.  That’s the last time I reacted to the public trashing of a sentencing decision of a Judge.

Before I tell you anything about the offence, or the sentence, I’m going to share with you how the system works.

We, the people, through our elected politicians, make the laws. We task judges to apply those laws.

The Criminal Code is a piece of legislation that was passed into law in 1892. It has survived with remarkably few amendments through to today.

The Criminal Code gives sentencing direction to judges.  It sets out sentencing principles that must be considered by judges when deciding where along the sentencing spectrum a particular sentence should fall.

Section 718 mandates objectives such as denouncing unlawful conduct, deterrence, rehabilitation, reparation of harm, promoting a sense of responsibility in offenders, and separating offenders from society, where necessary.

Sentencing must also be consistent. Judges have been sentencing offenders for the last 115 or so years. Well established sentencing ranges for particular offence circumstances have developed over that extensive period of time.

Judges are not perfect. If a judge imposes an unusually harsh or unusually light sentence, the judge’s decision is subject to appeal.

The key, though, is that judges apply the law that we give them. If we think that sentences imposed by judges are too light, it is asinine to blame the judges. It is also cowardly, in my view, because judges are not permitted to defend their decisions in public debate.

If we want things to change, it is totally within our power to change them.

“Now here’s a judge who just doesn’t get it”

are the concluding words of the opinion column that got me all riled up.  The sentence being trashed was two years of probation and 15 hours of community service for a man who pleaded guilty to the criminal offence of dangerous driving causing the death of a 52 year old flag person.

On the face of it, the sentence does sound light.  We weren’t in the courtroom, though.  We didn’t hear all the evidence.  We don’t know the well established sentencing ranges for this type of offence.  We aren’t judges.

I’ll fill you in what I have learned from the many news reports.  The offender, Mr. Poole, is a retired farmer who was born 88 years ago when there weren’t such things as driver’s licences.  Care he gives to his ailing wife is keeping her out of a care facility and Mr. Poole, himself, is in frail health.  The judge found that a jail sentence would effectively be a life sentence for this man.

His guilty plea to dangerous driving was an appropriate one, but not because he was driving twice the speeding limit or driving impaired.  It was because he was legally blind.  He had been declared unfit to drive 10 years before, because of his deteriorated vision.  He struck the flag person at the slow 30 kms/hour speed he always drove as a safety compensation for his limited vision.  He utterly failed to appreciate the risk he was creating, but had no intention to cause harm.

Mr. Poole was extremely remorseful.  The judge noted that he had been physically and emotionally crushed by the incident, and that as a result he often spent hours sitting in the dark in his basement.  It was recognized that Mr. Poole will continue to punish himself for the harm he caused for the rest of his life.

The community service will be spent speaking about the dangers of driving while elderly and physically disabled.

One thing the news reports didn’t comment on is the reality that Mr. Poole will not be covered by insurance.  He is likely to face the equivalent of a massive fine when the widow properly pursues the loss of income and other losses she is entitled to claim against him as a result of her husband’s death.

Should Mr. Poole spend time in prison?  If this judge erred in applying the law, the Crown can appeal.  If you don’t like the law, take it up with your MP.  Don’t attack the judge.

Oh, and if you have an ailing parent who should no longer be behind the wheel of a vehicle, take the responsible step of putting an end to it.