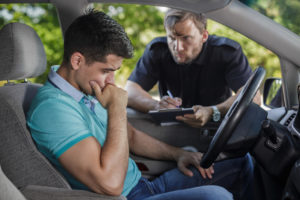 “The driver who rear-ended my car should have to arrange child care for my kids when I have to go for my treatments, and should have to sit in the waiting room with me”.

A friend of mine is feeling irritated about having to organize and fit medical care into her already busy life.

I understand her irritation.  I have an incredible family doctor, but I’ve got to be in mighty bad shape before I’ll squeeze the travel time to and from the clinic, and the inevitable time in the waiting room, into my schedule.

An unglamorous example is the time I waited entirely too long to seek medical attention to deal with a certain growth on my backside that took on a life of it’s own, becoming known as “Bob the boil”.

I shudder at the thought of having to fit one, two or perhaps three therapies into my weekly schedule, a common reality for those injured in motor vehicle collisions.

This has become my friend’s reality.

My friend’s irritation isn’t only about the scheduling imposition of these therapies, though.  It’s about unfairness.

It’s unfair that she should have to spend so much time and effort mopping up a mess that could so easily have been avoided.  All the offending driver had to do was pay attention to what was going on ahead of him.

It’s also unfair that she is the one facing these consequences while the offending driver is going about his life facing none at all except perhaps a modest increase in his insurance premiums.

Adding insult to injury, the offending driver unlikely even has any awareness that the victim of his inattentive driving was injured and having to take time out of her life trying to get better.

Our liability insurance system, where ICBC steps in with legal responsibility for the injuries and losses caused by inattentive drivers, results in a disconnect between the cause and effect of inattentive driving and the aftermath.

If those who actually cause these ridiculously avoidable collisions have no awareness of the consequences of their inattentiveness, what motivates them to become more attentive?  What about the rest of the driving public? We all know that attentiveness is rampant.

We could fix this.

How about we come up with a set of consequences for inattentive driving just like we did for impaired driving?

To avoid unfair application of the consequences, they could be imposed only in that ridiculous rear-ender scenario that “on the face of it” could not have occurred had the rear-ending driver been attentive.

The consequences should be meaningful, just like those for impaired driving.

With the offender paying for the consequences, this would cost tax payers nothing.

Would immediate, significant, roadside imposed consequences for inattentive driving result in an improvement in overall driving attitudes, reduce crashes and end up reducing our insurance premiums?

It would also reduce the irritation felt by my friend and the multitude of others who currently are the only ones directly suffering the consequences of inattentive driving.