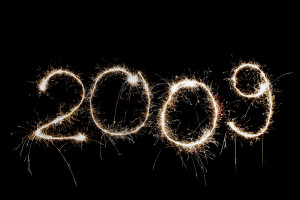 Why does it take the turning of the page of a calendar for us to re-evaluate the way we are living our lives? Perhaps because it’s not fun to take a look at ourselves in the mirror and recognize all the warts.

What about taking New Year’s resolutions to the next level? Instead of looking at our own personal lives and behaviours, we might consider looking at ourselves as a community, a society, a culture.

Rather than facing our own, individual warts, we could face the warts that have become ingrained in all of us.

Instead of bumbling along in our world, oblivious to the role we play within it, we could become aware of our societal shortcomings and take responsibility for doing our part to effect change. I know. That’s all we need right now, yet another commitment, another self-deprivation or another reason to feel guilty.

Not necessarily. Awareness doesn’t take a lot of effort. Making subtle modifications to our own behaviour, to set an example for others, isn’t onerous. Sticking our necks out periodically to encourage others to follow suit doesn’t cost anything.

Here’s a societal wart that I am particularly familiar with—people in our community are being needlessly hurt, and even killed, in car crashes.

It may not have occurred to you as an issue of significance. When we think of social ills, we more typically think about such things as homelessness and poverty.

Those very important issues require political will and financial support to resolve. The danger on our streets is something that each of us can attack on a very individual level without reaching into our pockets.

Also, if you think about it, you will see that car crash injuries and deaths take a tremendous toll.

Those injured and the families of those killed suffer the front line losses. There is pain that might last weeks, months, or indefinitely.

There is often temporary or permanent work impairment. There is the expense for treatment and medication.

There are serious impacts on marriages and other relationships. Other direct costs  are to our medical system.

I wonder how many of our tax dollars are being spent treating car crash injuries. And what about our already strained wait lists for medical procedures?

What if each of us did our part to eliminate this wart, or at least to reduce its ugly prominence?

Cars have become things that we jump into and keep between the road lines getting from place to place. There is a lack of awareness of the serious consequences that can result from getting behind the wheel of a powerful projectile that weighs thousands of pounds.

Stick your neck out a bit.

Assist others in your life to achieve an awareness of how destructive, and avoidable, car crashes can be.

Don’t tolerate careless driving. If you are a passenger of a speeding driver, insist that he or she slow down or demand to be let out of the vehicle. If you witness a careless driver, note the license plate number and report the driver to the RCMP.

This can take a lot of guts, but it doesn’t cost a dime. Do whatever you have to, to keep those who have been drinking from getting behind the wheel.

Let’s all do our part to reduce it. Please, make a New Year’s resolution this year that can really make a difference.

Let’s challenge ourselves to make the Westside safer.