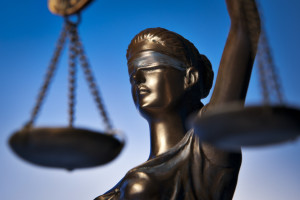 I’ve heard my share of lawyer jokes. And there are lots of them.

I first started paying attention to them when I became the butt of those jokes by starting to pursue a career as a lawyer.

At the time, I didn’t know the first thing about lawyers. Heck, I don’t think I had ever met a lawyer before I started law school.

I remember waiting to write the Law School Admission Test (LSAT), and chatting with others who were waiting with me.

It seemed like everyone else had come from a family of lawyers and had been planning, since they were out of diapers, to follow suit.

I grew up on a farm in Saskatchewan. There weren’t any lawyers in the family social circles. When I first started paying attention to the lawyer jokes, I tried to make sense of them.

Why were there so many derogatory jokes about this profession that I was getting into?

I came up with the theory that the practice of law is such a highly regarded and morally impressive profession that derogatory jokes are that much more comical. The humour comes from the contrast to reality.

No. I’m not making that up. I was that naive. An initial client consultation last week caused me to rethink the public perception of lawyers.

I didn’t think that similar perceptions extended to the entire profession. So there I was, meeting with a potential car crash client for an initial consultation.

She didn’t plan on consulting a lawyer about her claim. She explained that it was through reading this column that she decided to meet with a lawyer—me in particular.

One of the themes of this column is you are going to be taken advantage of by an insurance company if you try to settle your claim without first getting legal advice about what your claim might be worth.

Another theme, however, is that you should interview a number of lawyers before making your choice.

I have never, ever suggested in this column that I am the best choice.

The lady said that the reason she came to see me was because she could tell by reading my column for some time that I am an honest lawyer.

She said that as if to say that honest lawyers are a rarity and I must be one of the rare few. Goodness.

I know enough about statistics to know this lady’s perception of lawyers is not an isolated one.

The lawyer jokes I have laughed off over the years are taking on a new significance.

How is it possible that even a small portion of our population have such a low perception of lawyers? As a profession, we are held to the highest of ethical standards. You should see our rule book.

When members of the public complain to the Law Society of British Columbia about our conduct, the complaints are taken very seriously— to the point that we lawyers have a general dread of receiving communications from the law society.

Breaches of the high ethical standards we are held to can result in a lawyer being disbarred. That makes him or her unable to continue earning a living as a lawyer.

Since my humble beginnings on a Saskatchewan farm, I have come to know many lawyers.

Through my personal injury practice, I have developed the strongest relationships with other lawyers who also act only against insurance companies.

Each and every one of those lawyers would sweat blood to achieve a fair result for their clients.

They have devoted their careers to going up against insurance companies on behalf of injury victims. Some of them make a lot of money and some of them make very little. They all share that fire, however— that pursuit of justice.

People find themselves forced to hand over their trust to lawyers when they are at their most vulnerable and a breach of that trust is absolutely devastating.

Whatever the reason, it is an unfair stereotype. Lawyers with the highest ethical standards are the norm, not the exception.

Should you take a lawyer’s word for something like that? In this situation, I am not in a conflict of interest. Other lawyers are my competition. What could I gain from trying to convince you that there are other honest lawyers?

So please don’t let the stereotypes stop you from getting legal advice when you most need it, particularly when you are going toe-to-toe with an insurance company.