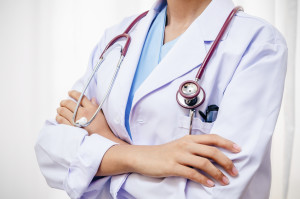 On March 31, 2005, a baby suffered brain damage when the placenta separated from the wall of her mother’s uterus in the minutes before delivery, stopping the flow of blood to the baby’s brain.

The injury was catastrophic. Among other severe impacts on her life, she will always be fed through a tube, will never be able to walk, is not likely to be able to speak, and it is unlikely she will develop intelligence beyond that of a four-year-old.

Of course, these mistakes did not lead to a prompt and fair negotiation between this baby’s parents and the insurance company for those who made the mistakes for fair compensation.

The trial took 23 days resulting in a judgment in the little girl’s favor rendered by Mr. Justice Pitfield on June 14, 2010.

I take my hat off to the two very excellent lawyers who prosecuted the little girl’s claim, Don Renaud and Ian Campbell.  Medical malpractice is an extremely specialized and difficult area of legal practice.  It is particularly difficult because of the incredibly vigorous way the medical insurer defends these cases.

The story doesn’t end with the hard fought win in a trial on June 14, 2010.  The defendants appealed Mr. Justice Pitfield’s decision to the top court of British Columbia, our Court of Appeal.  Don Renaud and Ian Campbell had another battle on their hands.  The three judge panel of that Court rendered its decision on June 29, 2011.

The reasons for judgment can be found on the Supreme Court website.  Go to judgments and search for Steinebach v. O’Brien.  It’s a complicated read because of the medical and legal issues involved, but sure illustrates how hard the medical insurer tried to get out of paying fair compensation to this child.

One example is the medical insurer’s attack on Mr. Justice Pitfield’s award of compensation for this little girl’s lifetime of pain and suffering.  The argument they made to the Court of Appeal was that the plaintiff must have some mental capability to understand how badly off she is compared to other people, and that this little girl is so mentally impaired that she lacks that capability.

How does that argument sound to you?  It makes my skin crawl.  You cause someone brain damage and then argue that the damage was so severe that compensation should be reduced because the person cannot fully appreciate how badly off she is?

Believe it or not, there is some basis for that argument in our law.  The trial judge had dealt with and dismissed that argument by finding from the evidence that the little girl’s ability to understand and appreciate her situation was very difficult to determine.  The Court of Appeal thankfully upheld Mr. Justice Pitfield’s decision on that point.

Next week, I plan to write about another attack on Mr. Justice Pitfield’s decision which, unfortunately, was partially successful.  I expect that the attack might strike an even more controversial chord.  It has to do with his assessment of this little girl’s loss of lifetime earnings.

The medical insurer didn’t like the fact that Mr. Justice Pitfield assessed this loss using statistics for male earnings without a significant deduction for factors likely to lead women to earn a lower lifetime income. Essentially, the argument was that women should get less income loss compensation than men.