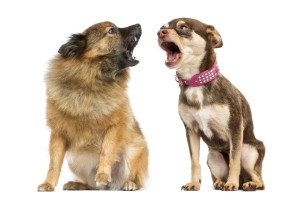 Have any of you encountered the “doggy-bylaw” justice system?

It’s small wonder that there might be injustices in that system, with frontline bylaw officers, who do not have the benefit of formal police training and no system of justice beyond lodging a dispute and showing up in “doggy” court.

Perhaps a bigger wonder is why I would bother writing about something as apparently insignificant as the canine bylaw system.

It’s a whole lot more significant than you might think. Many, if not most, dog owners have a strangely strong affection for their pets.

Put a dog owner’s pet at risk and its serious business.

The old “switch the fishy” trick, that works well when a four-year-old’s goldfish does the upside down float doesn’t work well with a puppy.

The enforcement of dog bylaws can put a pet at risk. The risk itself can be stressful. Perceived blatant unfairness in the system, leading to a risk that should never have arisen, can be maddening.

Good friends of mine are the owners of a Rottweiler cross. Their neighbour also owns a dog, a shepherd cross. When the shepherd walked past my friends’ yard, it routinely ran up to the fence and yapped away at the Rottweiler. The shepherd was never on a leash.

To avoid the ritual racket, my friends typically tied their Rottweiler behind their house during the time of day the shepherd was taken for a walk. One day, my friends forgot to close the gate and the Rottweiler was roaming loose in their yard.

Before I tell you what happened, keep in mind that there is no bylaw against letting your own dog wander inside your own yard without a leash, even with a gate open.

Along comes the yappy shepherd. With no gate to stop it, the leash-less shepherd walked into my friends’ yard and went after the Rottweiler.

The shepherd got the raw end of the deal and suffered some injury.

One problem with the dog bylaw system is that it is complaint-driven. Bylaw enforcement officers don’t patrol neighbourhoods looking for bylaw infractions. The enforcement mechanism comes into play only when a complaint has been lodged.

It takes a fair amount of “bad blood” before a complaint is lodged. You don’t tattle on your neighbour if their dog gets out once or twice. I have direct experience in this regard because my dog happens to be an escape artist.

A problem with a complaint-driven system is that there is always a concern about the accuracy of allegations when bad feelings are involved.

If very rudimentary steps are taken to investigate the complaint, though, unfounded complaints should not proceed to enforcement.

This is where police officers, with their extensive training, have a leg up on bylaw enforcement officers. The rudimentary investigation didn’t happen in my friend’s situation.

A $200 fine was assessed. Big deal. The problem was that the Rottweiler was labelled an “aggressive” animal, such that if another such incident occurs, it could have to be put down.

My friends filed a dispute to the alleged infraction and the matter was scheduled for “doggy” court.

Court is a stressful place for those who are not used to being there. Add to that the prospect that your pet is facing “dangerous offender” status and the stakes are raised even further. Then add a lack of investigation and my friends were fit to be tied.

The hearing lasted an hour. In the bylaw court, the enforcement officer is the prosecutor. His witness didn’t show up.

That could have been the end of the matter. Without a witness, there is no way the bylaw enforcement officer could prove the allegation. But the judge who presided over the hearing recognized my friends’ need to tell their story. In the end, justice prevailed. The Rottweiler “walked.”

I don’t think, however, that justice wasn’t well served. My friends should not have had to go through the months of stress stretching victimized by a lack of investigation. This incident may not have resulted in a complaint being lodged had the shepherd owner talked with my friends.

Our actions can have significant impacts on others. Thinking a little bit before jumping to action and approaching every situation with due diligence will go a long way to preventing justice from being poorly served.