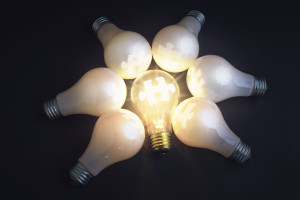 A court decision released the beginning of April, 2015, recounts the aftermath of one of the most common of motor vehicle collisions: the rear-ender.

The plaintiff developed chronic pain and depression. He tried, but failed to return to his work in the hotel maintenance industry and was not working at the time of the trial. He sought fair financial compensation on the basis that his condition was unlikely to improve.

The case was defended by the offending driver’s insurance company.

One line of defence was to “blame the victim” for not doing enough to get better. In legal terms, this is referred to as a “failure to mitigate” his losses.

The law was clearly outlined by the judge who noted the plaintiff’s obligation “to take all reasonable measures to reduce his or her loss, including undergoing treatment to alleviate or cure injuries”. The judge also noted that to succeed in this defence, “the defendant must prove that the plaintiff acted unreasonably and that reasonable conduct would have reduced or eliminated the loss”.

The defence argued that while the plaintiff had undergone some psychological counselling, he had not undergone enough. This “blame the victim” defence failed with the judge finding that the plaintiff could not be faulted in how he attempted to deal with his pain.

That wasn’t the end of the matter, though. The judge did find that further care, largely psychological, would do a lot of good. The judge accepted the optimistic prediction that with further rehabilitation, “the plaintiff will largely return to his pre-Accident level of functioning”. The further rehabilitation included attendance at a residential multi-disciplinary pain clinic and a course of psychological therapy.

Perhaps the optimistic prediction will come to pass and the approximately $260,000.00 of compensated assessed by the judge will turn out to be fair. As with all predictions, though, perhaps not and it will turn out that this plaintiff was grossly undercompensated. This is the problem of coming to court before all possible treatment has been fully explored and attempted. The judge is left to, essentially, gaze within a crystal ball to predict the future.

One of the most critical functions of a personal injury lawyer, in my view, is to ensure that all possible treatment options have been identified and fully attempted so as to eliminate, as much as possible, the crystal ball gazing that is otherwise necessary to predict the future. After all treatment has been attempted, the “proof is in the pudding” as to how successful it is.