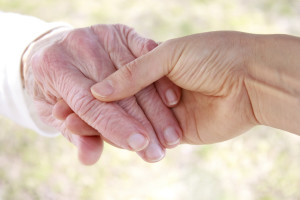 It’s a sunny July weekend.  You’re on your way with your family to Tickleberry’s, that beautiful ice cream joint in Okanagan Falls.  An oncoming driver chooses to respond to a text message and crosses over into your lane.  There’s a head-on crash.

You and your family suffer serious injuries.

Your income losses, alone, will be significant.  You will be able to retrain, but you will never work again as an electrician and your earnings will be less.  At a loss of approximately $25,000.00 per year over the course of the rest of your career, your total losses will be more than $750,000.00.

The income losses of your daughter, whose brain injury arising from the crash will prevent her from becoming competitively employable, will make your income losses look like small change.

Income losses are just one of the losses you and your family will suffer as a result of the crash.

The offending driver, let’s call him Textman, purchased basic Autoplan insurance.  His liability coverage is the minimum $200,000.00.  That’s far better than if Textman is a tourist from the State of Washington where the minimum liability insurance is $25,000.00.

Fair compensation for your losses alone is over a million dollars.  The losses of your brain-injured child will exceed two million.

What happens when fair compensation for the losses caused by Textman exceeds his liability insurance?  ICBC pays the first $200,000.00.  Textman is personally on the hook for the rest.  Unfortunately for your family, though, Textman has no significant assets.  He declares bankruptcy and carries on with his life.

Here is where my first piece of advice comes in.  Buy lots of liability insurance.  Don’t be like Textman and stop at the $200,000.00 minimum.  Don’t stop at $1,000,000.00 either.  You don’t plan on causing a crash, but you also don’t plan on your house burning down yet you make sure that your house is fully insured.  You’ll lose that house if you have a million dollars of liability coverage and cause two million dollars of losses in a crash.

So what about all those losses and Textman’s lack of insurance?  Thankfully, there is a beautiful component of British Columbia’s automobile insurance system called “Underinsured Motorist Protection” (UMP).  If you have that protection, your claim against Textman essentially becomes a claim against ICBC up to the limits of your UMP coverage.

This does not change your relationship with ICBC in the handling of your claim.  ICBC is still acting directly against you and will defend your claim the same as if they were acting in the capacity of Textman’s insurer.

That coverage will be enough to fairly compensate your wife and one of your children for their losses, because fair compensation for each of them is less than the million-dollar coverage limit.

Unfortunately, that coverage will not be enough to fairly compensate you for your losses, and will be woefully inadequate to compensate your brain-injured child.

This leads to my second piece of advice.  Buy excess UMP coverage.

I believe the additional premium is $25.00.  That paltry sum of approximately $2.00 per month buys you and everyone in your family UMP coverage up to two million dollars.  To be clear, you likely have UMP coverage already up to one million.  For the extra $25.00 that coverage increases to two million for everyone in your family, not just for you.  Read on, though.  It’s not quite that simple.

In fact, it’s confusing as heck how UMP works.  I would tell you to ask your Autoplan broker but I can advise from personal experience, as well as from the experience of others, that this UMP stuff is confusing for them as well.

For example, if you and your wife each own a vehicle, and you have spent the $25.00 for excess UMP but your wife has not, it appears that your wife will have the excess UMP protection while in your vehicle but not in her vehicle.

That leads to my final piece of advice.  Ensure that everyone in your household who owns a vehicle has spent the $25.00.

Car crashes happen.  They shouldn’t, but they do.  Ensure you are protected to the full extent possible.  And no, ICBC isn’t paying me a commission for this.