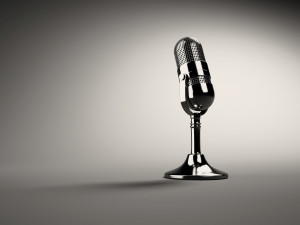 I am a proud owner of a CBC Radio Daybreak coffee mug!

The highly coveted treasure was presented to me by none other than host Marion Barschel, whose voice I have come to know and love over the last several years. What a treat to meet her in person!

My apologies to those of you who have no idea what I’m talking about. There are several excellent local radio stations. I don’t know what proportion of you are avid CBC listeners like me. And to be more accurate, there wasn’t anything of a presentation. I didn’t even notice the logo on the mug when Barschel handed it to me, a few minutes before air time, filled with water to wet my whistle.

I went to the Kelowna studio to be interviewed about legal avenues open to the victims of the mudslide near Oliver. The mudslide, as you know by now, destroyed several homes and caused other damage. The victims of the slide are facing the immediate instability and uncertainty associated with being displaced from their homes.

Worse, they are in the dark about their legal rights and how those rights will impact on their future. I was called in to shed some light on the situation.

The unknown is very stressful, particularly when the unknown has to do with one’s home and, in the case of the orchardists who were affected, their livelihood. Laws are enacted through legislation and evolve through the court system to provide answers.

Bring in a lawyer to do the high-priced job of turning to the appropriate chapter of the appropriate law book and everything should be cleared up. Unfortunately, my interview likely caused more uncertainty than less. As convenient as it might be to have an authoritative law book that provides the answers for every possible set of circumstances, that is simply not reality.

No two sets of circumstances are exactly the same, and the law is always subject to interpretation. Before we even get to the law, the facts need to be sorted out. Who owned the property where the problem originated? What steps had been taken to prevent such a slide from occurring? What government authorities had supervisory and regulatory responsibility? What, exactly, caused the slide? Would the slide have occurred regardless of the man-made reservoir?

With big dollars at stake, it makes financial sense for all stake-holders to hire lawyers to come up with the best legal position possible, so as to limit financial exposure. Evidence will be gathered by each for the purpose of pointing fingers at the others, and differing interpretations of the law will be suggested for that same purpose.

I was not able to offer anything to resolve the uncertainty the victims are facing. I was, though, able to offer the advice I give to all my clients, and that is to be patient and do their best to move forward, disregarding the prospect of financial compensation down the road.

Of course, I assume that they will hire experienced lawyers to ensure that their interests are protected, just like all the other stake-holders will be doing.