Thank you, Santa Trudeau, for the road safety Christmas gift. Police can finally do the work we’ve been asking them to do: pulling those over the legal alcohol limit off the road! 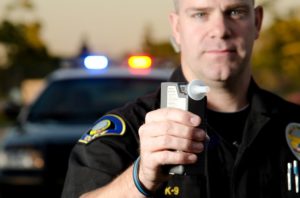 Though it’s the hard working elves we should probably thank.

Particularly those who fought to maintain the controversial and dramatic change that means so much for road safety.

I am a bit of a news junky, with a particular interest in road safety. I’m embarrassed to say that I had not clued in to the change until seeing a news report on December 11, 2018, of its imminent implementation on December 18, 2018.

The law had been passed in June, 2018, along with cannabis legalization.

I posted the news report on Facebook with the comment: “This is beyond incredible. How could it have taken this long!? Nice!!!!!”

Another: “This is so against our Charter of Rights it’s pathetic! One step closer to losing more of our rights! Here comes the Nazi regime.”

I promised to address those concerns in my Christmas column.

Bill C-46 includes a wide swath of changes. The one I am excited about pertains to when police can make a roadside breath demand.

In hindsight, we had been expecting police to enforce our impaired driving laws while blindfolded.

Before December 18, 2018, when conducting a CounterAttack roadblock, police were handcuffed from making a roadside breath demand unless they had reasonable grounds to suspect that you had alcohol in your body.

We expected them to conduct a roadside investigation based on the smell of your breath, what you chose to disclose about your alcohol consumption and gross indicators of intoxication (fumbling with your licence and registration, slurring words, glassy eyes, etc.).

British Columbia law prohibits driving with a blood alcohol level over 0.05%. An adult man can reach that level with as little as two alcoholic drinks in one hour.

Who slurs their words, has glassy eyes or smells of alcohol after two drinks?

Chronic alcoholics can hide their use from co-workers, friends and even spouses. What ridiculous expectations we had of our police!

One news report (see here) noted: “Research also shows that up to 50 per cent of drivers who would blow over the legal limit aren’t caught during roadside check stops.”

No shit, Sherlock! Though I’d like to see the research because I would have expected a much wider hole in the net.

That hole has been sewn up. Police blindfolds have been removed. They are finally able to investigate drivers for exceeding legal blood alcohol levels in an effective way, using a roadside screening device.No more pussy-footing around, blindfolded. They can require every driver to blow.

Now about that Charter, which can be found at this link: Charter.

Section 8 says: “Everyone has the right to be secure against unreasonable search or seizure.”

Is a breath screening during an otherwise lawful roadside stop an “unreasonable search or seizure,” marching down a Nazi path towards a police state?

I am already at 500 words, which is the rule of thumb my editors give me. I apologize, but I must once again (second week in a row) make this one “to be continued.”

Those of you vibrating in your seats, keen as heck to understand the interplay between this change in the law and the Charter of Rights and Freedoms, I invite you to read the section on “Searches or Seizures (section 8)” within this link where the Federal Government explains Charter implications of Bill C-46: Charter Implications.

But for a front row seat to how the courts actually apply the Charter, give a shot at reading this case from the Supreme Court of Canada, the top of the judicial food chain for when British Columbia’s new automatic roadside prohibition laws were initially challenged: Goodwin v. British Columbia (Superintendent of Motor Vehicles), 2015 SCC 46.

Wishing all of you a safe and happy holiday season and New Year.