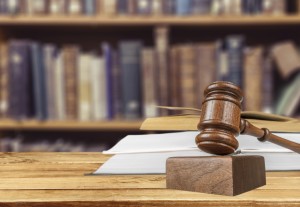 My father led my office’s float in the Peachland parade on Canada Day. He was on a lawn tractor, pulling a rolling jail constructed on a utility trailer. My kids, and several others, were in the jail, wearing red shirts with the words “Bad Drivers” on the back and crossed out symbols of cell phones and wine bottles on the front.

I was trying to get across a safe driving message in a fun way, by showing bad drivers in jail along with a sign that said simply “justice.” To be clear, drivers who cause car crashes never face the prospect of jail unless their driving involves criminal activity, such as impaired driving or street racing.

In fact, because liability insurance is mandatory for drivers in British Columbia, they don’t even face financial consequences for causing crash injuries, except for paying a deductible of a few hundred dollars.

For one parade spectator who approached my father, the float didn’t send the right message.

The spectator thought that the appropriate image of a lawyer is one who “gets people off” rather than one who puts people in jail. When my father told me about the encounter, it occurred to me that the spectator’s view of a lawyer’s image may be widely held.

I looked up “get off” on the Internet this morning as a brainstorming tool to assist me in writing this column. I was inundated with racy definitions, along with photographs and videos, that had nothing to do with lawyers! To me, apart from the dominant Internet meaning, the words “get off” bring up a notion of escaping justice.

When an innocent person is not convicted, we typically say that the person is acquitted and are very thankful that justice was done. When an accused person walks out of the courthouse having avoided conviction and is heard to say “I got off,” the words give the clear implication that the person was guilty and escaped justice.

We have a strong sense of justice in our society. Injustice makes us angry.

It is perhaps because of that emotional response that the type of lawyer who is seen to “get people off” creates that image for the rest of us. I happen to have a similar emotional response to some insurance defence lawyers who I perceive as trying to get the insurance company off of having to pay fair compensation for crash injuries.

Those emotional responses are unfair. But when are emotions ever fair? The reality is that lawyers share the same sense of justice, if not more so, as the rest of our society. I expect that a strong sense of justice is a key factor pulling people into the profession.

Our justice system works best when there are two opposing lawyers passionately arguing opposite sides of a case, so that the impartial judge can make a fully informed, and just, decision. One side of the case is often less popular than the other, as in the defence of people charged with serious offences, or the defence of an insurance company.

Without those lawyers, we will not achieve justice.

We lawyers are not here to “get you off” anything. We are here to be your advocate, to ensure your case is presented as effectively as possible before a court or tribunal or city council or whatever the decision maker it might happen to be. By doing so, we pursue, and hopefully achieve, justice.