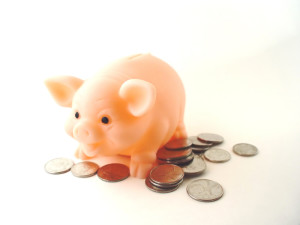 My last column had to do with assigning legal liability (blame) for a camping injury to my ten year old daughter’s finger.  I did a “tongue in cheek” analysis of blame, admitting that Santa Clause wasn’t the “plump, jolly culprit” who idiotically put a dangerously sharp pocket knife into her hands as a Christmas gift, it was me.  I concluded with the notion that a child suffering a permanent injury or sexual abuse might achieve “a cathartic justice beyond compare” by bringing a lawsuit against neglectful or abusive parents.

A reader signing herself “Sick of this crap!” sent me a responding e-mail.  She described my way of thinking as “typical of injury lawyers” and said that insurance and liability costs have gone through the roof because of it.  She noted that it’s lawyers like me who “have sapped so much creativity away in everyday life in our society and instead of self responsibility we listen to you people looking for the mighty buck.”  She concluded by thanking me for “showing just what a leach your business is”.

At the root of the matter, she’s bang-on correct.  There would  be no need for liability insurance if each of us had sole responsibility for our own safety and had no ability to seek fair financial compensation from others when injuries occurred.

That’s the “mighty buck” she referred to.  Our legal system is based on  fair and balanced compensation for actual losses.  An injury puts you into a hole, the hole representing your actual losses (injuries, pain and discomfort, income loss, treatment expense,e tc.).  Our legal system provides a mechanism (lawsuit) to require those responsible to fill that hole.  There’s no way to really, truly fill the hole by turning back time and making it that the injury did not occur, so the only thing to fill the hole with is financial compensation.

Drivers, businesses, manufacturers and the insurance companies who protect them don’t readily step up to the plate to provide fair financial compensation, which gives the “injury lawyer” the job of forcing them to.

Insurance premiums are set at a level high enough so that there will be enough money to fill any holes (sometimes craters) caused by the insured driver, business, automobile manufacturer, home owner, etc.

I also believe that “money talks”.  A business is much less likely to incur the expense to repair a loose tile, ensure the pool deck isn’t slippery, fix a dangerous design flaw in a car seat, and take all other manner of steps to avoid causing injuries if they could not be held accountable for the injuries they cause.

In a sense, and in my view this isn’t a stretch at all, we can thank “injury lawyers” for our remarkably safe environment.

Unfortunately, it seems that the high cost of automobile insurance is not enough money to “talk” to drivers.  Every crash that I deal with would have been prevented simply by the offending driver paying more attention to the road ahead.  Perhaps “paying in advance” with liability insurance premiums for your share of what it costs to fill holes due to your negligent driving doesn’t “talk” like it should.

Maybe “Accountability in advance” isn’t accountability at all.  Perhaps there should be a significant financial penalty that goes along with causing a crash, far beyond a $100-200.00 traffic ticket.

Apart from personal accountability, our driving attitudes need to change.  We can each of us pull our weight to help change the attitudes around us.  We need to live and breathe the reality, in my view, that “One crash is too many”.

Published on July 10, 2014 in the Kelowna Capital News