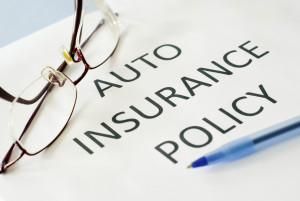 I don’t remember if those stark words are printed on a “Chance” or “Community Chest” card, but I do remember them being cold, hard words when I sat around the Monopoly game as a youngster.

Those words represent a certainty and finality that we don’t see much of in our world.  Most consequences have flexibility, or “wiggle room”.  Fines can be disputed.  Criminal charges can be defended (yes, even by the guilty) and the sentence will take personal factors into account so as not to be unfairly harsh.

Even though your mortgage says that you forfeit your house if you miss a mortgage payment, there are lots of protections in place that allow you to bring the mortgage into good standing or refinance with another financial institution.  Even if you can’t refinance, the mortgage company has to sell your house for fair value and gets no more than they are owed.

Look at the flexibility of consequences to senators who steal money from the Canadian people and a “zero tolerance” Toronto mayor who purchases and “does” drugs.

There is an exception to the flexibility of consequences that could result in financial ruin.  It comes if you fail to renew your vehicle insurance and cause a crash while you are uninsured.

You might as well have pulled that Monopoly card.  It doesn’t matter if your trip to the insurance agent was interrupted by the death of a family member, you needed a few more days to come up with the money because you just lost your job, or if you had an unexpected stay in the hospital and your plates expired while you were in there. It also doesn’t matter if the typical scenario occurs, i.e. if you simply lost track and didn’t notice that your insurance expired.

You will be directly, financially responsible for whatever losses are suffered by your victim.  Had your insurance been current, your financial responsibility would have been passed on to your liability insurer, ICBC.  With lapsed insurance, ICBC will still pay the tab, but they will require you to pay them back.

My wife suggested this column topic on learning of an acquaintance who realized she had been driving without insurance for 9 months.  How’s that for playing Russian Roulette with your nest egg!?  I shouldn’t say that, actually.  She might drive like we all should drive, actually paying attention to the road ahead of her so as to eliminate the risk of causing a crash.

It has happened to me, too.  I blamed my wife who looks after such things in our family (bad, bad Terri…or….perhaps I ought to pull up my big boy pants and take some responsibility), but ICBC wouldn’t have been interested in my excuse.  Had I caused a crash while uninsured, that excuse would have fallen on deaf ears.

It hasn’t happened since I have been relying on a mobile insurance agent, Morris Sobool, who has become a friend of mine.  He keeps track for me.  He even comes by to hand deliver my renewal papers and sticker, all at no extra charge.  I recommend finding “a Morris” to look after you, too.  Give me a call if you want his number.