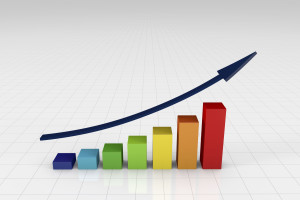 ICBC proposes an overhaul to its rate structure, saying that they have been listening to motorists who say safe drivers should not have to pay the same rates as those with speeding tickets or those who’ve caused a couple of collisions.

The proposal is stopped in its tracks.  The opposition throws out rhetoric: “Stop the highway robbery.  End it before it starts”.  It’s a political hot potato.  The end result?  ICBC has been sent, in the words of the Minister of Public Safety and Solicitor General Shirley Bond, back to the drawing board.

The admonished ICBC president withdrew the proposal, apologizing for ICBC’s failure to do a good enough job of communicating with the public and with government about the changes they were considering.  The plan from here is to undertake a province wide consultation and rethink the proposal.

It all makes me want to throw up.

Politics has gotten in the way.  Again.

I don’t know the details of the proposed rate overhaul.  I do know, with absolute certainty, that it was politics and not the merits of the proposal that has sent it back to the drawing board.

The BC Liberals have learned their political lesson.  Their failure to properly market the HST has cost them dearly.  Requiring ICBC to undertake a province wide consultation is politically astute.

Don’t we elect our political leaders to govern?  Doesn’t that mean doing the hard work of making decisions on our behalf to make British Columbia a better place to live?

Should they have to mess around with public advertising campaigns for every step they take?

I don’t give a flying fig about what British Columbians think about ICBC’s proposed rate structure overhaul.  Is that anti-democratic?  I, like other British Columbians, am ignorant about the full details of existing rate structures and the proposal to change them.  I am confident that our democratically elected political leaders will make informed decisions on my behalf.

Why do I care?  Do I have a squeaky clean driving record such that I stand to benefit from a new rate structure that “rewards” that?  I’ve written before the importance of looking at self-interest when considering a person’s opinion.  Where is Paul Hergott coming from, here?

Rate structures are about reducing crashes.

The steady stream of crash injury victims coming through my door points to the reality that the risk of causing injury is not sufficient to motivate British Columbians to change our driving habits.

ICBC comes up with a new rate structure that will help motivate British Columbians to drive safer, and I want it implemented.  I want it in place right now, not after extensive public consultation.  I want our leaders to lead.

Even one crash is too many.  Anything that will cause us to pay the heck more attention when we are behind the wheel will reduce crashes.  Hitting us in the pocket book seems to be the only reliable way to do that.  Hit us.  Hit us hard.

Published May 22, 2011 in the Kelowna Capital News