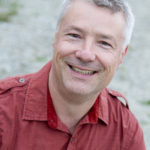 Kelowna Now gets up close and personal with Paul Hergott…

“It feels like you now know more about me than my wife does! I feel very lucky to have stumbled upon and planted my roots in this town.” 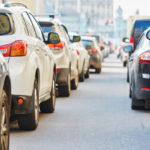 Top 40 Over 40: On a soapbox about safe driving

Congratulations to Paul Hergott for being named the Kelowna Chamber of Commerce’s Top 40 Over 40.

“Society and government is not doing enough. There’s a need for so much more public awareness.”

Read the full article here: Top 40 Over 40: On a soapbox about safe driving by Steve MacNaull  Published June 1, 2017

We’ve Got a Serious Attitude Problem

Sometimes when I read articles on road safety I come across one that really resonates with me. A story from 2008 written by Paul Hergott titled Drivers Need to Smarten Up When Out on the Road is one of them. Paul starts off by saying ‘We’ve got ourselves a serious attitude problem. We see driving as a right.” 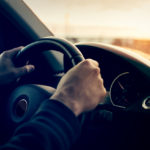 “Paul Hergott, a West Kelowna lawyer who specializes in accident claim cases, said he is not surprised by the crash rate increase in Kelowna.

He points to minimal accountability for inattentive driving habits and the focus behind crash prevention initiatives as being misguided, two points that he has advocated about for many years as road safety columnist for the Kelowna Capital News.” 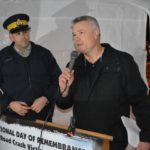 Alistair Waters reports on One Crash is too Many’s Annual Day of Remembrance for Road Traffic Victims.

“I say that we have been missing the point with our approaches to safety, we have been focusing our attention and our resources on the symptoms rather than the illness…” 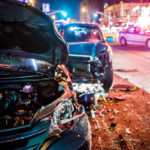 One Crash is too Many

Lori Welbourne references Paul’s advocacy of the safe driving 10 and 2 Challenge which encourages drivers to maintain driving concentration by keeping both hands on the wheel.   “The word accident suggests something couldn’t be helped, virtually all crashes are preventable and are usually caused from someone driving inattentively, recklessly, impaired or falling asleep at the wheel.”

Read the full article here: One Crash is too Many by Lori Welbourne  Published May 28, 2015 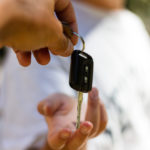 Drunk Driving Deaths Down for a Second Consecutive Year

Jeff Nagel recognizes Paul Hergott as a road safety advocate, mentioning the National Day of Remembrance for Road Traffic Victims hosted by Paul’s non-profit organization One Crash is too Many. 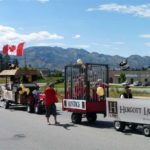 Lori Welbourne’s column about Paul’s involvement within the Okanagan community..

“If the name Paul Hergott sounds familiar, it might be because he’s helped you with a legal issue, captured your attention with his legal column in the newspaper or fed you a hot diggity dog at the Westside Daze parade.”

Read the full article here: Legal Beagle Has Plenty on His Plate in Addition to the Law by Lori Welbourne  Published April 5, 2009