The “who is at fault” liability question seldom enters into compensation claims made by vehicle and motorcycle passengers.

It doesn’t matter if you were the passenger in the “at fault” vehicle, the vehicle of the innocent driver, or if fault for the crash is shared between the two drivers.  It also doesn’t matter if you were the passenger in your own vehicle, driven by a family member.  The drivers are insured by ICBC (if the vehicle is British Columbia registered), or by another insurance company (if registered outside of British Columbia), and it is that “liability insurance” company that will pay the money required to fairly compensate you for your injuries and losses.  Paul Hergott has written columns specifically on the issue of “suing” (the legal word for pursuing a civil claim) a family member: [the links to those columns]. 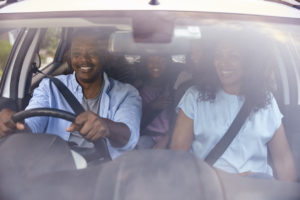 Even though it is rare, fault in a passenger claim does come up from time to time.

If at all possible, ICBC or another defending insurance company will “blame the victim” for riding as a passenger with an impaired, unqualified or apparently reckless driver, or not properly using a seatbelt or head rest.  Sometimes, even, a passenger is alleged to have done something to distract or interfere with the driver.  If ICBC or another insurance company “determines” that you should share fault, ensure that you obtain independent legal advice.  Internal insurance company determinations of fault are never relevant to a court.  If a trial is necessary and you are found by law to be partially at fault, or if your lawyer advises you that a portion of fault is properly accepted in a settlement, your entitlement to fair financial compensation is not eliminated, but rather is reduced by the percentage of that contribution.

At Hergott Law, we prepare every case as if it is going to trial.  An actual trial is seldom necessary to compel ICBC to pay fair financial compensation for our clients’ injuries and losses, but it is by being prepared to hold the defending insurance company to task that fair settlements are reached.

We are selective about the cases we take on.  It is important that we be able to provide every client with the high level of service Hergott Law has been recognized for.  It is also important to us that we act only for those injured victims who we believe in, who are seeking fair financial compensation for their injuries and losses in an honest way.

In our civil justice system, injury claims are defended by very well-funded, powerful insurance companies like ICBC.  Injured victims need strong advocates on their side to achieve a fair outcome. We have represented individuals in a wide range of claims and have achieved successful settlements as well as court judgments for our clients.

We act for injured victims from all over British Columbia, as well as for those living outside of British Columbia who were injured in motor vehicle incidents within the Province.