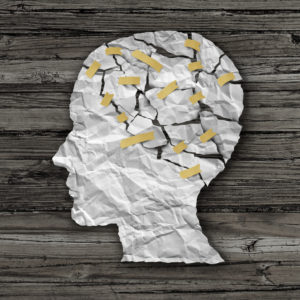 Traumatic Brain Injury (TBI) can cause a range of physical, cognitive, social, emotional, and behavioral effects. Outcomes can range from complete recovery to permanent disability.

Depending on the injury, treatment required may be minimal or may include interventions as significant as surgery. Physical therapy, speech therapy, recreation therapy, and occupational therapy are often required.

TBI is widely very poorly understood, even by medical people. Medical science is continuing to make advances in the study of the brain and its workings, the impacts of TBI and the best courses of treatment. The results of those advances are unfortunately slow to be shared or absorbed by the medical system and society generally.

One common misconception about TBI is that an injury to the brain must be accompanied by a loss of consciousness.

Yes, a loss of consciousness, or altered consciousness, often does accompany a TBI, but it is certainly not a prerequisite. The clearest example of this is the case from the 1800s of railway worker Phineous Gage (google to get correct spelling, and link to a site explaining his story). Mr. Gage suffered a devastating injury to the frontal lobes of his brain when an exploding charge caused his tamping rod to be fired like a bullet up through the side of his face and out the top of his skull. Mr. Gage did not lose consciousness, and was reported to have been conversing with other railway workers at the scene. Mr. Gage miraculously survived that injury, his cognitive abilities largely maintained, but his personality was significantly altered, resulting in a dramatically reduced quality of life.

Another common misconception is that there must be a blow to the head in order for a TBI to occur. 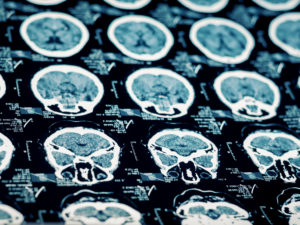 The truth is that an abrupt change of head movement, such as occurs when the head whips forward and back in a rear-end collision, is sufficient to cause the delicate brain, which sits loosely within the skull, surrounded by fluids, to be damaged and bruised as it hits against the inside of the skull.

These misconceptions, and others, lead to a lack of identification of, and treatment for, what we refer to as “mild” tramatic brain injury (mTBI). We carefully screen for mTBI and ensure that appropriate specialists are retained to identify, measure and assess losses caused by mTBI so that we can pursue fair compensation on your behalf for those losses.

Of course, TBIs can also be readily apparent where there is, in fact, a violent blow to the head with accompanied loss of consciousness and symptoms that clearly indicate a brain injury. In those cases, the legal challenge is not so much to prove that an injury to the brain occurred, but rather to measure, assess and quantify the losses arising from the injuries, which losses are often devastating.

While a brain injury can sometimes be “seen” by way of MRI illuminated lesions in the brain, and might be apparent as a result of a degree of facial paralysis, changes in cognition (memory/concentration issues) and personality changes are not visible.

Those changes, however subtle, can be enough to disqualify you from returning to your career, and can have destructive impacts on social as well as intimate/marriage relationships. The defending insurance company will try to point to other factors that could explain those losses. We ensure that evidence is preserved to prove subtle changes, typically by interviewing those within your social and work circles, which interviews should occur sooner than later, before people forget how different you were before the crash.

We work to ensure evidence is preserved to paint as clear and compelling a picture of what your life would have been like had the crash not occurred, so as to draw a comparison between what “should have” been your life experience from the date of the crash to the present, and into the future, without a brain injury, and what has actually been your experience to date, and what your experience, with a brain injury, is likely to be into your future. We build your case so that we are able to assess and prove what losses arise from that difference in life experience (broadly put: “pain and suffering”, expense, and income loss). If the defending insurance company refuses to pay fair compensation for your losses, we will be armed and ready to prove those losses in a trial.