One Crash is Too Many Road Safety Campaign 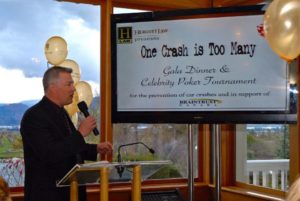 In 2010 a good friend of Paul & Terri Hergott’s was killed in a needless car crash. This tragedy, combined with years of witnessing the aftermath of preventable car crashes, inspired Paul to launch his One Crash is Too Many campaign.

Paul continues to advocate for better driving behaviour, a large percentage of his weekly columns are focused on distracted driving, and he holds an annual day of Remembrance for Road Traffic Victims.

A message from Paul:

In 2009 the BC Government did a comprehensive review of the science behind cell phone use and driving in 2009, before passing legislation that came into effect January 1, 2010.

But they ignored the science which found that hand held devices were no different than hands free devices.

They noticed that other governments were banning only hand held cell phone use while driving.  They considered what impact that might have on road safety.  And they specifically recognized the danger:

“Legislation that bans only hand-held cell conversations conflicts with the research that has consistently found no difference in the degree of distraction between hand-held and hands-free cell conversations. As a result, these laws may not provide the expected benefits and may even generate harmful indirect impacts such as a false sense of security for those who talk on hands-free devices while driving.”

Predictably, this idiotic law had that harmful indirect impact.  Safety conscious cell phone users purchased hands free technology having been led to believe that it was safe.  Overall cell phone use while driving went up instead of down and a downward trend of crash statistics in British Columbia stalled, and then reversed.

I’ve written on this topic a number of times.  I’ve lobbied my local MLA and the premier to change this idiotic law.  I’ve met with the West Kelowna and Kelowna mayors asking that they show leadership by imposing policies prohibiting municipal employees and contractors from cell phone use while driving.  I’ve lobbied CBC radio to show leadership by not taking calls from those talking on cell phones while driving.  I’ve circulated a petition on change.org [LINK: https://www.change.org/p/government-of-british-columbia-ban-all-cell-phone-use-while-driving].

Link to Province of BC Discussion Paper

Link to Province of BC Discussion Paper – with markups

We take pride in our community and strive to make a difference.

Since Hergott Law opened in 2007, 100% of all notarial fees have been donated to non-profit charity organizations.

Swinging With the Stars Fundraiser 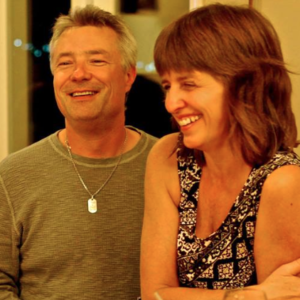 In March 2011 Paul & Terri participated in Central Okanagan Hospice Association annual fundraiser, “Swinging with the Stars”, and along with their fundraising team, raised $25,000.00 for Hospice and raised the bar for future participants in the event.

“I can honestly say that Terri and Paul Hergott raised the bar in their fundraising efforts supporting our  2011 Swinging with the Stars event.  Terri and Paul went above and beyond in hosting a number of fun and unique events to win the “Most Pledges Raised’ Trophy. Their attention to detail, professionalism, enthusiasm and commitment to the Central Okanagan Hospice Association is second to none….and they can heat up the dance floor pretty well too!”

Hergott Law served hot dogs and dancing with its Westside Daze parade float – the kind of exceptional service you can expect with The Hergott Law Difference.