My child was a passenger in a car crash. What should I do? 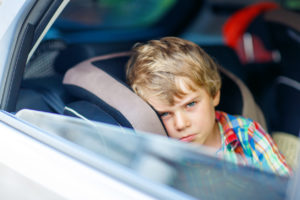 When a child is injured in a car crash, it becomes incredibly important to preserve the evidence by documenting the impact of your child’s injuries. Children aren’t always able to articulate their feelings, which means it is important to also document any changes in their behaviour or mood.

Children’s claims generally span for many years which is why documenting the evidence of their injuries is particularly important.

How long does my child have to make a personal injury claim?

The more commonly known limitation date for child claims is a two year clock that doesn’t start ticking until the child reaches age 19.

But, there is another limitation date that relates to a claim directly against ICBC. It’s also a two year clock, but it starts ticking on the day of the crash and could stop ticking as early as the second anniversary of the crash, even if the crash victim is a young child. With children’s ICBC claims limitation periods, it is crucial both are taken into account.

It is this not so commonly known limitation date with child claims that is missed from time to time. Causing detriment to the child because it takes both sets of rights, put together, to result in full, fair compensation for the child’s injuries and losses.