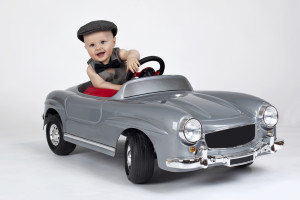 Protecting the rights of injured children comes with its challenges.

What do we do when a child is hurt?  We hear the cry or scream and do our best to remain calm while we assess whether or not there is anything “serious” like a broken bone.  We do our best to hide frantic feelings of anxiety because we have learned that if we appear concerned, the child will become even more upset and concerned.  Alternatively, if we display a complete lack of concern and are able to distract the child from whatever has occurred they’re often back to giggly play within minutes, if not moments?

We respond in a similar way if, perhaps the next day, the child continues to complain about whatever was hurt.  Once again, we do our best to hide whatever anxiety we might have while we consider, again, if there is something “seriously” wrong.  If not, we try again to steer the child’s attention away from the hurt, reassuring the child that he or she will be just fine.

We don’t want our child to become fixated on the injury for fear that it will take on a life of its own.  We also desperately want to believe what we are telling our child, that everything will be just fine.  Our greatest fear is that our child might ever be hurt in a way that he or she might never fully recover.

This common approach to children’s “hurts” creates a huge challenge for protecting children’s rights when the “hurts” arise as a result of a motor vehicle collision.

Children are incredibly resilient and adaptable.  With enough dismissiveness on our part, whatever hurt they are experiencing will become their new normal and they will stop complaining about it.  If careful work isn’t done to identify and record the symptoms, and to monitor whether or not those symptoms continue and how they progress, imagine the challenge of trying to prove that the struggles a 15 year old is having sitting through class in high school has any relationship to a crash that occurred at age 6.

Certainly, it will be impossible for the 15 year old to give a coherent history of his or her symptoms going back to age 6.  How much do you remember of your own early childhood?

In children’s ICBC claims, parents are often lulled by an extended “limitation period” that dealing with the child’s legal rights can be put off until much, much later.  A limitation period provides a deadline for commencing a lawsuit to protect and preserve rights.  For adults, the limitation period is two years.  For children, the clock for the two year limitation deadline does not start ticking until the child becomes an adult.

By then, though, the opportunity to collect and preserve the “evidence” of symptoms that began after a crash many years previously has been lost and, with it, the ability to prove that a lifetime of symptoms was caused by the crash has also been lost.

Any time I am consulted by the victim of a crash, I ask about whether or not there were any children in the vehicle.  If so, regardless of how mild the symptoms might be, and even if there are no active complaints of symptoms, I recommend that they be assessed by a pediatric physiotherapist.  The assessment can be completely benign, without telling the child that it has anything to do with the crash itself.

Of course, a pediatric physiotherapist would best supplement, not be a substitute for, having your child assessed by a medical doctor which should occur as a matter of course.

Next week, my column topic will be a limitation period for certain legal rights arising from a motor vehicle crash that starts ticking at the date of the crash, even if the injured victim is a child.  It’s a limitation period pertaining to rights the child has directly against ICBC, which ICBC has not been warning people about.