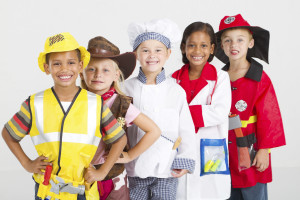 I have written a lot, lately, about how car crashes are not inevitable; that we can reduce car crashes by changing driving attitudes.  In the words of my father, a former Catholic priest, I have been sounding preachy!  I’ll try to steer back in the direction of legal advice about injury claims.

The truest victims of our generation of drivers are the children who are injured or killed in motor vehicle collisions.  At least we adults can choose to do something about our own driving and about changing the attitudes of other drivers.

Injured children are often victimized a second time, because important work is not done on their behalf to pursue fair compensation for their injuries.

We parents want the best for our children.  We want them to live happy, healthy lives.  If a child has a hint of a health concern, we are desperate for it to be resolved without any lasting impact.

I suspect, without psychological training, that the desperation can lead us to denial.  We can be so hopeful that our children do not suffer a lasting impact that we ignore the signs that there might be ongoing symptoms.

Very young children have no ability to express pain, except by crying, and very young children cry for all sorts of reasons.  In my experience children, all the way up to teenagers, have difficulty or are reluctant to articulate their symptoms.

If a personal injury lawyer is consulted, important advice will be given to ensure the injury claim is properly handled.  The fact that the two year limitation period for pursuing the bulk of a child’s claim doesn’t start to run until the child’s 19th birthday means that the legal consultation often occurs years too late.

The most important part of properly handling a child’s injury claim is preserving evidence of the child’s injuries and symptoms.  That means both determining what the symptoms are as well as diligently recording them.

However fresh in your mind things might be at the time, your memory and that of your child will most certainly fade.

Further, symptoms that are not recorded will be suspected of being made up after the fact.

For children who can articulate their symptoms, you can ask.  This must be an ongoing effort, for so long as symptoms persist.

The most important evidence of symptoms, though, is changes in the child’s behavior and moods.

A child will naturally avoid activities that aggravate symptoms.  There might be subtle changes in what the child does or how he or she does things.  These changes need to be diligently recorded with as much detail as possible.

Failing to identify and preserve evidence of symptoms will make it difficult if not impossible to prove that some level of permanent symptoms was caused by the crash.  Children hurt themselves in play all the time.  Unless a set of symptoms can be linked back to the crash, what’s to say that other incidents in the child’s life did not cause those symptoms?

By identifying and preserving evidence of symptoms, you will not only be helping to ensure your child is fairly compensated for injuries sustained, but you will be the best equipped to ensure your child gets appropriate medical care.  Doctors and therapists need to know that information so as to properly prescribe and administer treatment.

The most common crash injuries are invisible “soft tissue” injuries.  It’s not enough to take your child into a doctor to be physically assessed.  The doctor needs to be told what’s going on with as much detail and history as possible.  Your child is unlikely to effectively articulate his or her own symptoms and symptom history in the spotlight of a doctor’s office.

I am going to take this opportunity to invite anyone who shares my passion for reducing car crashes to join me at the Harvest Golf Club next weekend, on April 14th, for a first annual gala “One Crash is Too Many” evening.  It’s all about having a fabulous time, but with a serious theme.  If you e-mail me, I can direct you to how to get tickets.  All proceeds will go to supporting the local brain injury association, Braintrust Canada.