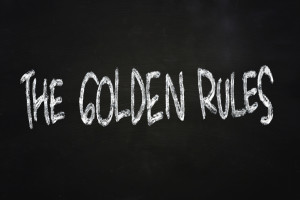 Be accurate and be honest. Those are my “golden rules” that I give my clients when preparing them for the standard step in a lawsuit called examination for discovery.

An examination for discovery is similar to what American television shows refer to as a deposition. Simply put, you are required to answer questions posed by a lawyer hired by the insurance company.

Everything that is said is recorded, word for word, by a court reporter. Many of my clients fear that there is a whole lot more to it than those golden rules. Yes, I warn them about standard tactics played by insurance defence lawyers, but the bottom line when defending against those tactics is those golden rules.

No tactic will succeed as long as what comes out of your mouth is accurate and honest. Yes, the insurance company lawyer may try to get you to agree to things that are not true. Yes, he or she may do so in a convincing manner.

As long as you listen to the question being posed, and answer it accurately and honestly, those attempts will fail.

My golden rules of accuracy and honesty need to be followed all the time, not just during an examination for discovery. It is important to follow them when dealing with your doctor, your physiotherapist, your employer, and yes, even Canada Revenue Agency, when reporting your income.

When asked about your previous medical history, do you tell your physiotherapist that your whiplash injury isn’t the first time you had symptoms in your neck? Do you disclose that you had been in another collision three years ago that caused exactly the same symptoms?

Why disclose that information when it might hurt your case? There are no exceptions. Accuracy and honesty aren’t just bronze or silver rules, they are golden rules.

This isn’t a game. For the vast majority of injuries sustained in car crashes, there are no broken bones or other obvious physical evidence of injury.

If you are not believed when you describe your ongoing pain, you won’t get fair compensation for it because there is no other way to prove that the pain is there. Failure to disclose that previous whiplash injury will hurt your credibility. Instead of helping your case, you will be chopping your own legs out from under you.

Ironically, totally aside from the golden rules, disclosure of that previous whiplash injury will actually help your case.

The fact that you suffered a previous injury to those same tissues will help to medically explain why you end up developing chronic pain in those tissues from a new whiplash injury.

Please be clear that as much as truth and justice are important to me, I am not on a moral crusade. Being accurate and honest in a personal injury claim is simply excellent legal advice.

You might find that it’s excellent life advice as well, but that’s another matter.

Published May 15, 2011 in the Kelowna Capital News