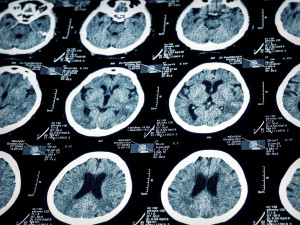 As I write this column, I am attending a three-day brain injury conference in Naramata.

The Okanagan branch of BrainTrust Canada has been bringing in fabulous presenters for this conference over the last 19 years it’s been held.

For those of you unfamiliar with this non profit society, BrainTrust does excellent work not only in support of those living with brain injuries, but also in public awareness to prevent brain injuries from occurring.

So far, the conference has been absolutely fantastic. The first presentation was by Dr. Andrew Miki, a registered clinical psychologist who uses cognitive behavioural therapy to assist those living with a brain injury, and others.

Unfortunately, he is not available to treat Okanagan patients because his practice is in Vancouver, but I’ve had a look at his website (www.mentalfitness.ca) and highly recommend the link to his blog.

Dr. Miki gave us the cold truth that over the course of his three-hour presentation there would be (statistically) five British Columbians who would suffer a brain injury. Of those, three would be classified as mild, one as moderate and the other as severe.

The focus of Dr. Miki’s presentation was the most prevalent mild traumatic brain injury (mTBI). Most mild traumatic brain injuries occur in car crashes and slips and falls. The good news we learned from Dr. Miki is that the vast majority of those suffering mTBI achieve a close to full recovery within about a week, and a full recovery within about three months.

The sad reality, though, is that we don’t all get to be in that vast majority. However vast a majority, there is a minority.

Less obvious symptoms such as dizziness, anxiety, “fuzziness,” and disorientation might not even be reported to the ambulance crew or at the hospital if the injured person is more concerned about physical injuries.

The injured person, and others, may believe that those symptoms are just part of being in shock. Complicating matters, the brain can be injured even if there is no apparent blow to the head.

The brain is suspended within the skull by a fluid. If the skull is whipped forward and back, such as in a whiplash scenario, the brain can be damaged as it slams against the front and back of the skull.

Crack your head on the sidewalk and the immediate concern is brain injury. Walk away from a rear-ender car crash and brain injury is not even on the radar.

Further, the symptoms are subtle and can be dismissed as being caused by other things. If chronic pain is involved, due to other injuries sustained in a crash, symptoms of depression, lack of concentration, and subtle personality changes can be blamed on the chronic pain.

Braintrust Canada, through conferences like the one I am attending along with many other initiatives, tries to raise awareness about brain injury. Hopefully, that awareness will cause us all to be more careful with our noggins, and also to be more sensitive to the signs and symptoms of mild traumatic brain injury so that those suffering from it can get the help they need.

This column is my contribution to their efforts.

Published May 8, 2011 in the Kelowna Capital News