We continually ignore the road safety “elephant in the room,” even when it is so clearly the cause of the most horrific crashes. 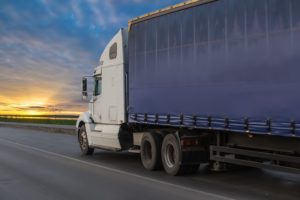 Crown Counsel is seeking a 10 year prison sentence for Jaskirat Singh Sindu, the semi truck driver who caused the Humboldt Broncos bus crash. His lawyer said that he “…beats himself up everyday questioning how he didn’t see the signs and come to a stop.”

He didn’t see the “Stop Sign Ahead” sign at approximately 301 meters from the intersection, nor the oversized stop sign itself, topped with a red flashing light.

There were violations galore in his log books and he was inexperienced, but nothing to suggest that incomplete log books or inexperience had anything to do with this crash.

He just didn’t see the signs.

Just seven months earlier, a sentencing decision was released in the case of another horrific semi truck crash where the driver “didn’t see the signs”: R. v. Lavoie, 2017 SKQB 265.

Normand Lavoie was not inexperienced. He had obtained his Class 1 license approximately six years before he crashed full speed into the back of a stopped car in a construction zone, killing the three teenage occupants and causing life altering injuries to a flag person.

He didn’t see the several signs, at 100m intervals, warning of the construction zone that had started 1.6 kilometers before the crash scene. And he didn’t see that traffic had come to a complete stop.

Mr. Lavoie was quoted as saying: “With it being Saskatchewan, it’s flat and kind of just go into auto pilot,” and “You’re just kind of in lala land, basically – I’m there behind the wheel but I’m not.”

The court noted that “Normand is extremely remorseful for the catastrophic situation he has caused as a result of his unexplained inattentiveness.”

Neither of these drivers were under the influence of alcohol nor engaging in a dangerous driving activity. Neither made the conscious choice to do anything wrong.

What caused these drivers, who were looking out of their windshields and holding onto their steering wheels, to somehow not see that which was plainly there to be seen?

It seems preposterous, doesn’t it?  Makes you angry?

What if I told you that fully 50 percent of my personal injury practice has to do with similarly preposterous “blindness?”  Traffic is at a complete stop. Moments pass. An offending driver crashes into the back of a stopped vehicle.

These are not “following too close” scenarios. And except in very rare circumstances, there is no evidence that the offending drivers were under the influence of alcohol nor engaging in a dangerous driving activity.

The phenomenon has been scientifically studied in the context of cell phone use behind the wheel. They call it “Inattention Blindness.” To learn about this concept, please read this paper: Understanding the Distracted Brain.

Quoting from the paper: “Distracted drivers experience inattention blindness. They are looking out the windshield, but do not process everything in the roadway environment necessary to effectively monitor their surroundings, seek and identify potential hazards, and to respond to unexpected situations.”

And yes, preposterous as it might seem: “They miss visual cues critical to safety and navigation. They tend to miss exits, go through red lights and stop signs, and miss important navigational signage.”

How many of us have missed a turn or a road sign simply because we were daydreaming; thinking about the office; thinking about what we were going to do when we got home?

And those missed turns and road signs were obviously just the tip of the iceberg of other roadway information that we failed to process. We have been lucky not to have killed someone!

I used to have “close calls” from time to time, just like everyone else. You know, those moments when the hair at the back of your neck bristles with the realization of how close you came to causing a crash?

I’ve learned that the only way to avoid those close calls is to pay direct, constant attention to the road ahead.

It is more natural for our minds to wander. The act of driving is just so incredibly easy. It takes such a small portion of our active consciousness to keep a vehicle between the lines. So, of course, our minds go to other things.

That’s the road safety “elephant in the room.”

It’s what happened to Mr. Sidhu and Mr. Lavoie. And it causes the majority of crashes on the road today.

Come up with a way to keep our minds focused on the task at hand and most of the carnage would stop.

What about an eye movement monitor that would chirp if it detects a day dreamy, uninterrupted gaze?  Perhaps a device requiring a reset by the driver periodically to avoid an alarm from sounding? I don’t know.

If technology isn’t the answer, then what about public awareness campaigns. Not the ones warning against momentarily glancing away from the roadway. That sidesteps the elephant. The root of our road safety disaster is “brain off the road,” not “eyes off the road.”

Until we come up with something better, I invite you to try what works for me.

Several years ago I came up with a mechanism to help alert me when my mind wanders. I put my hands on the steering wheel the way we’re “supposed to.” It’s uncomfortable!

I try my best to keep my brain focused on the road, but inevitably my mind wanders from time to time. When that occurs, my hands naturally move to where they are more comfortable.

The movement of my hands triggers my realization that my mind is wandering, snapping me to attention.

My close calls have been virtually eliminated.

Something good could, and should come from these senseless tragedies.

They could lead to the realization that being a safe driver takes more than good intentions and looking out the windshield. It takes effort to keep our brains focused on the task at hand. Without that, our minds will wander. When in autopilot, our eyes see, but our brains fail to process. And crashes continue.