The drug mule was caught red handed with 27,500 fentanyl pills. Last week I reviewed the judge’s finding that the arrest and search turning up that evidence 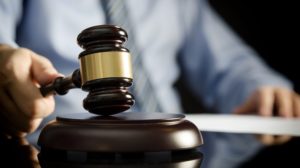 were illegal. This week I review the consequences of that illegality.

We want our police to catch bad guys. And they do an incredible job. Thank you!

We also want police to respect our individual rights.

Individual rights that are most important to us are enshrined in our Charter of Rights and Freedoms.

One of those important rights is not to be detained or imprisoned without good reason. Another is to be free from having ourselves, our vehicles and our homes unreasonably searched.

Our two wants: catching bad guys and a respect for our individual rights, are in conflict!

Police would be a whole lot more effective in the important work they do if they could, as their suspicions lead them, monitor phone calls, access bank records, make arrests and search our bodies, homes and businesses.

But we want police to have something more than mere suspicion before our rights are taken away. In the context of wire tapping and a search of our homes, we require the police to bring enough evidence to convince a judge to issue a warrant.

In the context of the roadside arrest and search that uncovered the fentanyl, we require the police to have an objectively (viewed from the perspective of a reasonable outsider) reasonable basis to believe that an offence is being committed.

How do we ensure that those requirements are met? What is the value of black and white words on a page listing our rights, if those rights are not enforced?

It’s not like the police would intentionally run amuck and randomly throw innocent people in prison. But in circumstances where their goal to catch bad guys continually butts up against our individual rights, enforcement is obviously necessary.

And those who drafted the Charter provided for an enforcement mechanism. That mechanism requires a judge faced with evidence collected in an illegal way, to disallow the use of that evidence if to allow its use would hurt the reputation of justice.

The actual wording of section 24(2): “Where…a court concludes that evidence was obtained in a manner that infringed or denied any rights or freedoms guaranteed by this Charter, the evidence shall be excluded if it is established that, having regard to all the circumstances, the admission of it in the proceedings would bring the administration of justice into disrepute.”

That’s the incredible irony of this case. The judge, on his review of well established case law, concluded that he had no alternative but to disallow the prosecution to use the 27,500 fentanyl pills as evidence against the drug mule, because allowing it would have brought the administration of justice into disrepute.

The irony is that the uninformed public reaction to a drug mule walking free indicated that the exact opposite result was achieved.

Mr. Justice Brundrett quoted from a Supreme Court of Canada judgment for this sensible principle: “The repute of the administration of justice is jeopardized by judicial indifference to unacceptable police conduct.”

He cited a British Columbia Court of Appeal decision for the proposition that “drivers and the rest of the travelling public have a significant interest in being free to drive on public roads without being subject to unlawful vehicle searches.”  And he noted that this was not a situation of an officer merely opening the hood or rear of a vehicle for a quick peek. Mr. Rigo was handcuffed and taken to the police detachment where he was confined to a cell while his vehicle was thoroughly searched including removal of interior mouldings.

Mr. Justice Brundrett then considered the competing factors that would favour allowing the Crown to use the ill-gotten evidence against Mr. Rigo.

He noted that the 27,500 fentanyl pills were unquestionably real and reliable evidence which was critical to the Crown’s case.

For those reasons, he noted that the public has a significant interest in the case proceeding. But he went on: “At the same time, I must remember that the authorities binding upon me also direct my focus on the long-term effect that non-compliance would have on the ‘overall repute of the justice system’ rather than the ‘immediate reaction’ to the circumstances of an individual case.”

Balancing all the factors the case law required him to balance, Mr. Justice Brundrett concluded that he was “…compelled to find that the admission of narcotics into evidence at trial would bring the administration of justice into disrepute.”

This is really complicated stuff. I might have utterly failed to help you understand that Mr. Justice Brundrett, and our justice system generally, deserve an apology from those who lambasted the very carefully considered legal decision in this case. I tried my best.