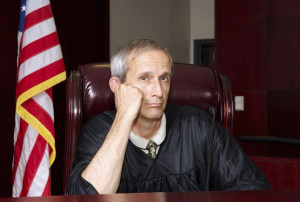 In last week’s column, I introduced the topic of defence medical examinations (DMEs). I gave a shocking example of a doctor, hired by the New York worker’s compensation system, who was proven by video tape evidence to have lied about the results of one of these examinations.

The doctor had found, and commented on, muscle spasms during the examination, but denied their existence in his report. That doctor was quoted as explaining that “You have to give (the worker’s compensation system) what they want.” There’s a lot of money in DME work.

I gave an example of one specialist in B.C. who made close to $1million in one year doing such examinations. It’s small wonder there are concerns about which side such a doctor’s bread is buttered on!

Thomas Harding, a friend and colleague from Surrey who also works only against insurance companies at his personal injury practice, read my column and suggested my readers might suspect a bias in my reporting on this issue.

I suppose it is a reasonable concern. A lawyer who is constantly battling insurance companies may be seen to have a bias against them. Harding provided me with a series of quotes from the reasons for judgment of actual court cases that clearly illustrate the concern about what can happen with DMEs.

All of the following quotations can be found online.

The reason I give 2007 earnings information is because those are from the most recent figures available. In Madge v. Meyer, a 1999 decision, the judge said of the defence physiatrist, Dr. Maryana Apel, who was paid $37,953.00 by ICBC for her work in 2007: “It appeared to me that Dr. Apel was overly eager to deflect blame for the plaintiff’s symptoms toward almost anything but the brain injury.”

In Grewal v. Brar, a 2004 decision, the judge said of the defence psychiatrist, Dr. Hymie Davis, who was paid $164,755 by ICBC for his work in 2007: “Throughout the cross-examination of Dr. Davis, he was argumentative and refused to consider material facts which might detract from his opinion.

This is not the proper role of an expert, who must provide an unbiased opinion and consider material facts which are put to him or her…I am satisfied that Dr. Davis was an advocate for the defence and his opinion should be given very little weight.”

In Chiacig v. Chiacig, a 2001 decision, the same judge said of the defence orthopaedic surgeon, Dr. Johnathon Fenton: “In my view, the suggestion that evidence has been tainted because of motives of economic reward applies not to the plaintiff, but rather, to the defendant’s expert, Dr. Fenton.

Dr. Fenton has been receiving a substantial amount of referral work from ICBC for many years. In 1999 he received $338,510 from ICBC and in 2000 he received $315,734 from ICBC. These monies were received as payment for the preparation of what Dr. Fenton classifies as independent medical reports, which he says he prepares for the court.

The fees he collects from ICBC amount to approximately three-quarters of his total annual income. I find that Dr. Fenton was argumentative and condescending. His interaction with plaintiff’s counsel was akin to sparring, indicating that he was more of an advocate than an independent professional. I give his evidence very little weight.”

In Schnare v. Roberts, a 2009 decision, the judge in that case said of the defence orthopaedic surgeon, Dr. Duncan McPherson, who was paid $277,685.00 by ICBC for his work in 2007: “In my view, Dr. McPherson’s close and lengthy association with ICBC reflected negatively on his impartiality, and Dr. McPherson lacked the independence the court is entitled to expect from an expert witness.

I found Dr. McPherson to be unhelpfully dismissive of opinions other than his own. In my view, Dr. McPherson approached his one and only examination of Ms. Schnare in January 2006 with a closed mind, and he was not prepared to accept even the possibility that mobility in Ms. Schnare’s sacroiliac joints was the source of her pain.

Instead, Dr. McPherson described Ms. Schnare’s complaints as ‘very unusual,’ and, although he was unable (or unwilling) to identify a cause, he was firm that her complaints were unrelated to the accident.”

In Quioa v. Buckley, a 2008 decision, the judge said of defence orthopaedic surgeon, Dr. Joseph Schweigel, who was paid a whopping $924,253.00 by ICBC for his work in 2007: “Dr. Schweigel, on the other hand, was evasive and argumentative in his evidence.

He gave opinions in this trial that were inconsistent with opinions that he had tendered in other trials, demonstrating that he was not impartial but, rather, tailored his evidence to favour the party that had called him.

For example, in this trial he opined that arthritis could not be triggered by trauma whereas in another action he gave the opposite opinion.” Judges in countless personal injury trials have the experience to recognize when their legs are being pulled.

Juries don’t have the benefit of that extensive experience. The significant challenge faced by the crash victim’s lawyer is to expose bias through cross-examination. Without videotape evidence like that which was available in the New York case, it can be a very difficult task.

Published May 10th, 2009 in the Kelowna Capital News