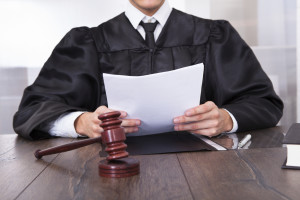 I hate politics; sucks to be me that the latest federal election campaign is just under way.

We live in a democracy, which gives every one of us a voice, at election time, in our leadership and government policy.

On the face of it, that’s a wonderful thing.  When I look at what election campaigns have become, though, the luster is lost.

The result?  Instead of attracting and developing the very best leaders to move our country forward, we attract and develop those who fit best within an advertising campaign.

It’s not all bad.  We end up with some really wonderful leaders, our own backyard being an example, but I suggest that happens in spite of our political environment, not because of it.

This is not a political column, though.  It’s a legal one.

I am using what I see as a failing in federal politics to express my appreciation for the very different way Canadians and Americans select judges.  I’m feeling a whole lot of pride in our justice system, particularly as I holiday with my family in Mexico.

In Canada, judges are appointed.  Yes, the final appointment decision is made by the government of the day, which gives some people a bad taste in their mouth, but you don’t get on the slate of choices without being a well respected, excellent lawyer.

There is no campaigning, and once the appointment is made, our judges are completely independent, immune from being distracted by having anyone to answer to besides the rule of law, their decisions subject to reversal only by the next level of court.

In the United States, however, judges are elected.  They have actual election (advertising) campaigns to get the important job of being a judge, and also to keep the job every time an election comes along.

The American method of selection, an election, puts American judges in a conflict of interest.  Instead of answering only to the rule of law, they must also cater to public opinion.

We all know that public opinion often gets in the way of “the right thing”.  If public opinion always carried the day, minority rights wouldn’t stand a chance, we’d still have the death penalty, and the HST would have been done away with the instant the advertising campaign against it hit the right chords.

Oops…did I bring up the HST?  Perhaps that’s a strike against my point for many readers.  But really, how many of those signing petitions against it really understood what the HST is all about?  I’m not saying the HST is good nor bad, all I’m saying is that the public opinion against it arose more from good advertising than from a debate on its merits.

It’s probably why American prisons are so full.  In order to win the next election, judges “throw the book” at criminals which makes for better press.

Here’s another one to make you scratch your heads:  Americans elect their top law enforcement officials, their sheriffs!

As I sit here in Mexico with my family on a little holiday, I feel mighty proud of our Canadian justice system, and hope that this column leads those who read it to feel that pride as well.