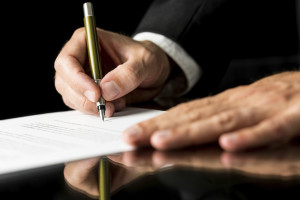 A buddy of mine suffered a complex leg fracture while skiing at a local resort last week.

He is a very experienced skier.  The injury occurred as a result of a dangerous, unmarked terrain feature on a beginner run.  The feature was known to ski patrol and was slated for removal because of the danger it presented.

Why weren’t skiers warned about the dangerous terrain feature the way other hazards are regularly marked?  Why was there delay in removing the danger?

Was it because there was no incentive to do so?  Skiers are required to sign liability waivers.  Those waivers restrict you from pursuing fair compensation for injuries you sustain, even if the injuries were caused by the resort’s negligence of the resort.

I’ve written about waivers once before, in my September 30, 2007, column.  The context for that column was waivers that you, as parents, are asked to sign when your child’s safety is put into the hands of an outdoor adventure company on a school outing.  My conclusion was: “Don’t sign them.  You should not be sending your child on an outing with a company that refuses to take responsibility for their own negligence.  Your child’s school shouldn’t be asking you to.”

As I wrote in that previous column, if a waiver simply warns you of risks of the activity that cannot reasonably be avoided and requires you to agree not to claim compensation for injuries arising from those risks, that would be fine.  The problem is that most waivers go beyond that, eliminating compensation even if injury is caused by the company’s negligence.

Would my buddy have suffered a complex fracture if there hadn’t been a waiver of liability that protected the ski resort from its own negligence?  Would safety policies at the resort have been tighter, or more strictly enforced, if the resort’s pocket book, or that of its insurance company, had been at risk?

Are these waivers enforceable?

Every case is different, but a February 17, 2011, decision of our Supreme Court says that they are.  The Plaintiffs in Loychuk v. Cougar Mountain Adventures Ltd. were injured while ziplining.  A guide sent Ms. Loychuk down the zipline first.  Without ensuring that she had made it to the bottom, the guide sent Ms. Westgeest down.

The company boasted on its web site that riders reach speeds of up to 100 km an hour.  They were right.  Ms. Westgeest slammed at high speed into Ms. Loychuk, causing both to suffer injury.

Mr. Justice Goepel found that the incident had occurred due to a miscommunication between the tour guides.  Ms. Westgeest should not have been sent down the line while Ms. Loychuk was suspended on it.  If not for the waiver the two of them signed, the lawsuit would have succeeded.

The Plaintiffs argued that the waiver was unfair, and pointed to a Law Reform Commission of British Columbia report that had recommended to our Attorney General back in 1994 that a commercial recreational operator should not be able to exclude liability for personal injury with respect to operator-controlled incidents.

On that point, Justice Goepel concluded:  “Whether Releases should be limited in the manner recommended by the Commission is a question of public policy.  To date the legislature has not chosen to implement the Commission’s recommendations.  Absent legislative intervention, I am bound by the prior authorities.”  The claims were dismissed because of the waiver.

I had not known about the Law Reform Commission report until reading Justice Goepel’s decision.  I had not realized that our government, back in 1994, had requested advice from the Commission, and then chosen not to implement it.

I am not politically aware enough to know which party was in power in 1994, but of course political leadership is an ever changing thing, and no government has chosen to implement those recommended changes in the last 17 years.

I am happy to forward a copy of the Law Reform Commission report, as well as a copy of Mr. Justice Goepel’s decision, to anyone who asks.