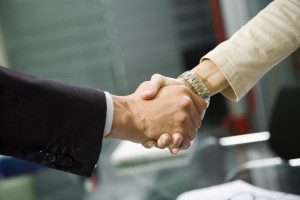 “I will have nought to do with a man who can blow hot and cold with the same breath.”

It’s the concluding line of one of Aesop’s fables, written over 1,500 years ago, but the expression of blowing hot and cold continues to be used today.

When handling those two separate, but very related, claims this glaring conflict doesn’t result in any “hot and cold”.  At the claim handling stage, it is to the insurance company’s benefit to blow cold, regardless of the hat the adjuster happens to be wearing.  Cutting off funding for treatment saves them money, plain and simple.

It’s at the trial stage when the hot comes in.

Here’s how it plays out.

At the trial, the insurance company lawyer defending your claim will use whatever legal means available to convince the judge, or the jury, that your claim should be dismissed, or is not very significant:  You are exaggerating your symptoms; a pre-existing medical condition is to blame; ongoing therapy is unnecessary.  “Blowing cold” will seem like a gross understatement.  It will feel like you’ve been drenched with an ice water fire hose.

It is at the end of the trial, after the full power of the defence has been brought to bear to discredit your case and a judgment has been rendered, when the hot comes in.

There is a law that allows the insurance company to deduct, from the judgment they’ve fought so hard to keep low, any of the benefits that they can convince the judge were payable, or in the future will be payable, when wearing the hat of your insurer.

Let’s say they argue, at the trial, that your injuries have resolved and that you are not entitled to any more physiotherapy.  The jury doesn’t buy it, and awards $10,000.00 of compensation for physiotherapy you will require in the future.  After losing the “cold” argument, the same insurance company will go “hot” try to convince the judge that as much of those physiotherapy dollars as possible are payable to you under your own insurance, so as to deduct that amount from what they have to pay you.  This, of course, after having cut off funding for physiotherapy long before the trial.

The intention of the law is to prevent you from receiving double compensation.  It wouldn’t be fair for you to recover $10,000.00 to cover future physiotherapy treatment, and then to make a claim for reimbursement of those same treatment expenses through your own insurance.  The thing is, you have already made the claim for physiotherapy treatment and the insurance company has already denied your claim.  There really is no risk of double compensation.

“Yes, yes, we had cut off funding for physiotherapy, but that was before.  Now that we failed to convince the court that physiotherapy wasn’t necessary, now we say that of course we recognize the need for it and will reinstate those benefits to the end of time.”

It’s one of those situations where the facts are stranger than fiction.

Fortunately, Judges have recently been allowing only the very smallest deductions, apparently recognizing the low likelihood that the insurance company will honour, after the trial, obligations that they failed to honour before the trial or argued strongly against during the trial.