A travesty of justice for the drug mule caught with 27,500 fentanyl pills to go free? 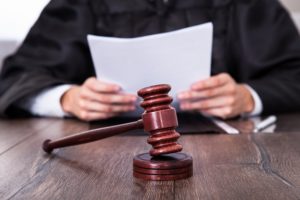 It would seem so, according to the overwhelming majority of hundreds of Facebook users commenting on news reports of the judge`s decision that was released this past week.

Many pointed their fingers at judges, with comments like “Flog the Judge!!!”; “Hang the stupid judge!”; “I’m feeling like maybe our judges should be replaced”; and “Wow, I am disgusted that the judge let this death dealer walk free.”

If we take the waterfall of incredulous Facebook comments as a reflection of overall Canadian reaction, the judge`s decision dealt a serious blow to the reputation of our justice system.

It is ironic, to the extreme, that it was protection of that very reputation that led to Mr. Justice Brudrett’s decision.

Unfortunate that journalists chose to focus their articles on the inflammatory result of a drug mule, caught red handed with 27,500 fentanyl pills, getting off because of a seemingly minor technicality.

And completely ignored Justice Brudrett`s detailed analysis of the law that required that result.

In fairness to the news media, complicated legal stuff is difficult to nutshell in a news report.  But if the nutshell is so distorted that it delivers a serious blow to the reputation of a justice system the judge was painstakingly protecting, perhaps it should not have been nutshelled at all?

I am going to do my best to provide a more balanced nutshell. If I succeed, those of you who commented so negatively about the judge and our justice system might feel like I did when I learned the full story about the Covington school standoff.

One of our basic rights, protected by the Charter of Rights and Freedoms, is to be secure from being unreasonably searched by the police. Another is a right not to be arbitrarily detained or imprisoned.

The rules about how those rights apply to a highway traffic stop have been established through hundreds and thousands of court decisions.

The police must have a “reasonable suspicion” of criminal activity before subjecting your vehicle to an exterior sniffer dog “search.” And that suspicion must be based on objective facts.

The judge listed the facts relied on by the RCMP officer: “To repeat, Cpl. Catellier relied upon the strong odour of cologne or air freshener coming from inside the vehicle, the fact that the accused’s right arm and hand were shaking when he pulled over, the presence of multiple cell phones including a BlackBerry, the accused’s illogical story, the short duration of his trip from Calgary, and the officer’s belief that Highway 1 was a conduit for drugs, particularly around Chilliwack.”

And he accepted that those facts were sufficient to allow deployment of the sniffer dog, Doods.

But more than suspicion is required before the police can lawfully take next steps of arresting you and searching your vehicle.

In this case, the police officer himself stated that he would not have made the arrest if it were not for getting a signal from Doods that there were drugs in the vehicle.

The dog handler had initially described the partial sit as a “half sit”, but after reviewing the critical portion of a video changed his description to a “quarter sit”. He acknowledged that if the same thing had happened in training, he would try to bring the dog back and have her reconfirm the signal with certainty, something he did not do at the roadside.

The judge concluded that Cpl. Catellier did not have the objective basis to support his belief that Mr. Rigo was committing a criminal offence. The arrest and search of the vehicle were therefore unlawful.

But that wasn’t the end of the matter. The judge then had to consider how to handle a situation where the Crown was prosecuting a citizen based on evidence that would not have been collected had it not been for a breach of the citizen’s rights.

The Charter specifically addresses that situation, requiring that the evidence be excluded if, having regard to all the circumstances, allowing it to be used would hurt the reputation of our justice system.

I will share the judge’s reasoning for excluding that evidence, in protection of the reputation of our justice system, in my next column.