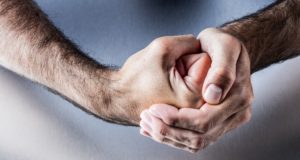 “He was asking for it”. “Got what he deserved”.

Comments like those were made in response to the news story about a “semi-streaker” (wearing only underwear and a jersey) who was flattened on the field of a BC Lions football game on June 16, 2018.

Play was stopped. Players and officials were just standing around when the fellow started jogging up the field. As he was making his way towards centre field, a defensive back dashed out to intercept his progress and flattened him with a leading right shoulder.

I cringed at a news headline that he had “lawyered up”, anticipating that the majority of public sentiment would be that he shouldn’t be entitled to compensation and personal injury lawyers are running amuck.

According to his lawyers he had “…suffered serious injuries, including a mild traumatic brain injury…”.

The seriousness of injuries, in my view, is measured not by a diagnosis such as “mild traumatic brain injury” (commonly known as a concussion), but rather by the level of symptoms, how they impact on your life and how long those symptoms last.

It will be best for all concerned (except the lawyers), if he enjoys a 100% complete resolution of his injuries and symptoms within a short period of time. If so, this fellow’s primary concern might well be waiting out the one year ban from BC Place rather than engaging in a lawsuit to recover the correspondingly small amount of financial compensation that flows from a temporary injury.

But what about his legal rights? Does the defensive back, and perhaps others, bear legal responsibility to compensate this fellow for his injuries and losses?

Curve ball: How would you feel about those comments at the start of this column if the “he” was replaced with “she”? Does it cause the hair at the back of your neck to bristle, as it does mine?

Our civil justice system calls what the defensive back did a “battery”, defined as:

“…the intentional application of force constituting a harmful or offensive contact with another, without the other’s consent.” (see paragraph 18 of Rycroft v. Rego, 2017 BCSC 373).

On proving that a battery occurred (not hard here with the video coverage!), the inquiry turns to whether or not the applier of force has a lawful excuse or defence.

If the defensive back had been defending himself or someone else, or defending his property, he would have had a lawful excuse for his non-consensual application of force, but only if the level of force applied was reasonable.

He loses on all those counts. The fellow clearly wasn’t a danger to the defensive back or anyone else. And goodness, if he was, the level of force was wholly out of proportion to that threat.

What about provocation? Maybe the defensive back felt provoked. Is it civilly permissible to flatten someone if you are provoked?

No, and I’m going to give you an extreme example.

Let’s say the fellow had run up to that defensive back and unleashed a barrage of expletive insults about the football player’s sister, mother, wife and size of his manhood that would make a trucker blush (sorry, truckers). Would that have given him a lawful excuse to flatten him?

No, it wouldn’t have. But it would likely have resulted in some of the legal responsibility for the attack to be shifted to the victim.

One judge described the principle as follows:

“…if a plaintiff deliberately embarks upon a course of conduct which provokes another by words or gestures and an assault results, it cannot be said that the plaintiff is without blame. He has contributed to his injuries and must accept a share of the responsibility and resulting loss. It would be unfair in these circumstances to award that person full compensation for his losses if he has contributed to those losses.” (Robinson v. Bud’s Bar Inc., 2015 BCSC 1767, paragraph 136).

How much of a share of the responsibility? I have not conducted anywhere close to a full review of the case law, but in the cases I have reviewed, a successful provocation defence has resulted in the injured victim recovering only 70-75% of fair, financial compensation for their injuries and losses.

My personal view aligns with some other jurisdictions, like Ontario, where a victim’s right to fair compensation is not reduced on the basis of provocation. Giving an attacker anything of an excuse on the basis of a victim “asking for it” feels problematic to me.