What if the rugby player had gone too far? 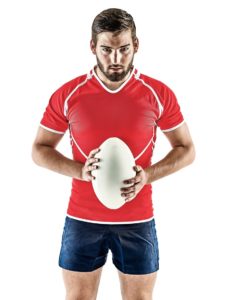 21 year old Jake Taylor steps up. His actions stop an attacker’s stream of obscenities that elevated to trying to grab the 18 year old woman’s head and shove to his crotch and slapping her in the face.

His heroism highlights the starkly contrasted inaction of those who sat there doing absolutely nothing.

A bystander who does nothing might be viewed as complicit, a point made by American law professor, Amos Guiora in his book “The Crime of Complicity; The Bystander in the Holocaust”.

I wrote last week about a law he proposes in his book, one that would impose a legal obligation on bystanders to at least do the very minimum of alerting authorities about a crime.

Such a law would have obligated all those on the Sky Train to use the electronic devices already in their hands, or the readily available yellow alert strip, to alert the police.

From responses I’ve had to my column, and other public discussion, it seems that few would expect anything more of bystanders. Let alone physical intervention, anything that might draw the attention of the attacker and therefore put you at personal risk seems too much to expect.

There are, indeed, cases where intervening bystanders have been seriously hurt or killed.

I think there should be more discussion about that issue. My view is that a bit of personal risk is warranted to come to the support of the most vulnerable in our society who are being bullied, verbally abused or physically attacked.

But what if the bystander goes too far?

The rugby player’s intervention was to push the attacker away and stand between him and the victim.

What if he had decided to “teach him a lesson”, tackled him to the floor and beaten him to a pulp? What if the attacker was left brain injured with teeth knocked out, a broken nose and jaw?

This columnist, though, would be writing about the complicit bystanders who should have stepped in to save the attacker!

The law protects a bystander from civil as well as criminal prosecution arising from a physical intervention but only if the intervention is necessary and reasonable.

Cachay v. Nemeth, a Saskatchewan case from the early 1970s, is a “serves him right” example that explains the law.

The two fellows involved in a very one sided altercation were at a house-warming party with their wives. Each had been drinking, but not to the point of intoxication. Party-goers were dancing.

One fellow was playfully waltzing around the dance floor, at times causing annoyance by getting between dance partners, one of whom had told him to “get lost”.

The judge described: “On the evidence, I am satisfied that in the course of his peregrinations about the dance floor he threw a scarf or neckerchief around the neck of the defendant’s wife and pulled her head back to try to kiss her; also that the intended kiss was merely a brush on the cheek…”

But the martial arts trained husband, without any warning, struck the fellow a violent blow to the side of his head.

As you might expect, the judge found that the husband’s use of violence was “…out of proportion to the apparent urgency or requirement of the situation”, noting his belief that “…a word of warning to desist…” would have prevented any further flirtation with the fellow’s wife.

The end result was a judgment against the husband. There is no indication of injuries and the modest award of damages suggests to me that the lawsuit was more about bruised ego than physical injury.

Please e-mail me if you would like to read the reasons for judgment, which review this very interesting area of law.

The bottom line is that a bystander’s physical intervention must be both necessary as well as reasonable. The kind of vigilantism that can arise with a “teach a lesson” attitude can open the intervening bystander to civil and also criminal prosecution.