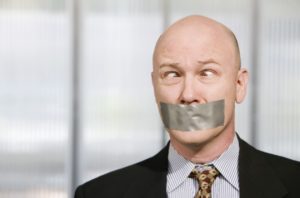 My wife’s grandfather Benny, at the time in his mid-90s, sitting with one of our children at the piano: “Eeny, meeny, miny, moe. Catch a …”. We were too late to see that one coming and cringed as the “N” word came out.

Benny was one of the kindest, most wonderful men you could have had the pleasure of getting to know. He had no inkling of the heavy baggage connected to the “N” word.

A word’s explicit or literal meaning is, as I’ve learned from Wikipedia, its denotation. The baggage is its connotation, defined as “…a commonly understood cultural or emotional association that some word or phrase carries…”

Our society has been learning about how the use of certain words and phrases, loaded with baggage, might perpetuate systemic harms.

We don’t (hopefully for the most part!) intend to offend anyone, nor do any harm.

And if someone tries to enlighten us about our own language usage we can become defensive, particularly if the enlightenment comes with a tone of admonishment (that we should have been more sensitive of others, should have known better).

And some might say things are getting out of hand, that we are being muzzled by expanding notions of what is “politically correct”.

Early on when developing a friendship with a local journalist, Kent Molgat, we began engaging in a debate about the use of one particular “loaded” word.

I had shared my pet irritation with the use of “accident” when referring to road traffic incidents.

And Kent shared his with being muzzled, as a journalist, in the use of words.

Kent pointed to the literal meaning (denotation) of the word, i.e. an unfortunate, unintentional occurrence.

The definition fits exactly. Nobody intends a road traffic incident to occur. And there’s nothing sexist, racist or otherwise offensive about it. What rationale could I possibly have for restricting the use of that word?

We “agreed to disagree,” the topic coming up from time to time over a number of years!  Last week, Kent took our “debate” to the next level, with an on camera interview.

I was reluctant to take part in a public debate on this issue, which is much more than an intellectual one for me. My feelings go a distance further than pet peeve. I have become more and more convinced, over my years of thinking and campaigning about road safety, that driving attitudes are the key cause of the carnage on our roads. And that addressing the “A” word is an important step in changing those attitudes.

And I am the smallest of specks in the ocean of organizations and individuals for whom this is also a tremendously important issue. For example, first responders who witness the immediate and often horrific aftermaths of crashes have largely removed the “A” word from their vocabulary for decades.

It felt like too big a responsibility. And Kent is a much more articulate debater!

Do you hate sequels?  I do as well. Sorry, but I don’t see a way to get to the punch line in one column. You can look forward to my next column, containing my very best attempt to articulate why we need to remove the “A” word from our vocabulary when referring to those never ending collisions and crashes on our roadways.

And I will share the results of the debate.