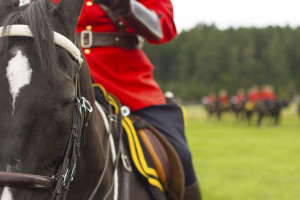 Each of us has been, or very likely will be, touched personally by a crash:  a family member or close friend killed;  ourselves or someone close to us suffering life altering injuries; learning of tragedy suffered by someone we don’t even know.

If there was some abhorrent driving behaviour that led to the crash, such as impaired driving or street racing, venomous feelings are directed at the perpetrator, with calls for the toughest consequences possible.

If not, though, if it was “just an accident”, we are apathetic.

Our apathy is totally understandable.  Crashes happen, literally, all the time.  It works out to approximately one crash every couple minutes (ICBC statistics say approximately 260,000 crashes per year).

The magnitude of the loss represented by those crashes is absolutely mind boggling.

There’s our mandatory Autoplan premiums.  These premiums pay for liability insurance.  Liability insurance provides for money to compensate others for losses if we, ourselves, are the cause of “just an accident”.

The cost of liability insurance is a small part of the big picture, though.  If you add up the cost of emergency services, health care, loss of productivity and all other “dollars and cents” losses arising from car crashes, you come to billions of dollars per year.  A 2007 Transport Canada study estimates $8.8 Billions of losses to British Columbians alone.

Those “dollars and cents” are totally apart from the personal losses suffered by those “touched” by crashes.

Instead of motivating change, the magnitude of the problem seems to have the opposite effect.  When there’s that much of a torrent of water coming down Niagara Falls, what can we do to stop that flow?

Besides, “accidents happen”.  They are the inevitable result of vehicles on roads.

Do you find it interesting that we don’t tolerate “accidents” in the workplace like we do those on the roads?  Worksafe BC jumps into action to identify the causes of workplace “accidents” so as to come up with strategies to avoid them.  Safer procedures are identified and put into place, there is mandatory safety training, etc.

The simple truth is that the vast majority of those 260,000 crashes that occur every year would be avoided if each of us turned up the dial of our own, personal, “paying attention to the road ahead of us” knob.  One example of that is the ever-common rear-ender, mostly occurring when an absent minded motorist crashes into the back of a stopped vehicle.

Targeting particular distractive behaviours like electronic devices, putting on make-up and eating is like treating the running nose instead of the infection.  If we simply turned up that knob, making a conscious effort to pay increased attention to the road ahead of us, those distractive behaviours would naturally stop.

The first step to turning up the knob, in my view, is to stop thinking of crashes as “accidents”.   The word, arguably, is loaded by phrases like “accidents happen”, and “it’s just an accident”.

This column was inspired by a West Kelowna crash on Monday, May 16, 2016.  An off duty RCMP officer, a pedestrian, was seriously injured when he was the collateral damage of yet another senseless crash.  The RCMP, as I understand it, have long taken the word “accident” out of their vocabulary when referring to road traffic incidents.

Is “accident” really a loaded word?  Would the universal avoidance of that word when referring to road traffic incidents, particularly in the media, have the positive impact of turning up the knob?

I would contribute to a study of this issue.  Are there academics out there who might be able to tackle this?  Do we need a study to follow the leadership of the RCMP?