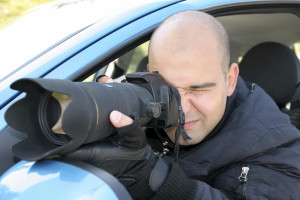 It may be hard for some of you to believe, but insurance companies really do send private investigators with video cameras out to follow injured victims.

How does that grab you? Is it for real?

Private investigators hired by ICBC followed Mr. Madill around for long hours, and over many days. They weren’t really clever about keeping themselves hidden. At the trial, Madill expressed deep resentment about the many days of surveillance that had occurred. Perhaps the investigators need the kind of training that PIs in the movies get. Just this past week, the RCMP were called to investigate a suspicious character who was hanging around one of my clients.

The investigating officer reported that it was an ICBC investigator.

It’s not fun being followed around.

Madill isn’t alone with his negative feelings about the experience. Imagine if it were you. I consider it to be another level of victimization.

The thing is, video surveillance is usually more helpful to prove a case than it is to disprove it. Being honest, a basic requirement that I insist on from all my clients, is an absolute defence to video evidence, and in fact can provide excellent evidence in support of a claim.

Yes, it is expensive evidence. I don’t know what insurance companies pay to have private investigators follow injured victims around, but aside from the way it makes my clients feel, I appreciate getting all the help I can get when proving a case.

In one of my cases, ICBC sprung on me at a mediation that they had video evidence that disproved my client’s case. I insisted on viewing the evidence before continuing the mediation, and spent hours watching videotape, much of it of my client bowling.

An investigator had set up in the pub at the McCurdy bowling alley, the camera pointing through the window at bowlers.

To a non-bowler, my client appeared to be perfectly fine.

To a bowler, though, he had a weird bowling swing, planting the wrong foot to limit pain from the injuries he had sustained in the car crash.

The hours of videotape was excellent evidence of that. At least one of the videos in the Madill case was helpful to that case as well, noted the judge.

Overall, the judge concluded that the videos “did little to advance the case of the defendants”, and awarded compensation totalling $760,000.

I don’t like to bring up the subject of video surveillance to my clients, because I want to avoid the further victimization that comes from looking over their shoulder all the time.

When the subject comes up, though, I advise them to try to ignore it and to live their lives to the fullest possible extent, confident that all video evidence can do is help prove their case.

I’ll end this with a little comic relief, though what I’m about to share with you does raise serious safety concerns.

At paragraph 74, the judge notes that much of the videotaping occurred while the investigators were driving on streets and highways. The evidence of the investigators was that they drove with one hand on the wheel and the other operating the camera at the side of their head, so they could view through the camera what they were taping, a practice that continues to today.

The judge commented that he found it “…interesting, considering from whom they receive their instructions, a corporation dedicated to road safety.”