The excuse: “He came out of nowhere,” gets me all hot and bothered. Not in that good way. 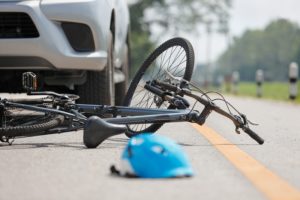 Those words were included in a recent news article about a cyclist collision with a vehicle. I reacted with a facebook post noting: “Bullets might come out of nowhere….not bicycles.”

Leading to this responding comment: “Bottom line is that a bicyclist must assume they cannot be seen nor heard by a motorist…and that the bicyclist will never win in a collision with a 3000 lb bullet. I drive for a living at night and at least once a week I have a near miss with someone who assumes they can be seen. Stupid is what stupid does.”

There’s truth in it, if a collision was a wrestling, boxing or MMA fight.

Cyclists and pedestrians are vulnerable. When involved in collisions, they are hurt badly while the motorist is unscathed.

What did our mamas teach us about how to treat those who are vulnerable?  What are our general societal values about the vulnerable among us?

When they are hurt, do we highlight their vulnerability and tell them they should do more to protect themselves?

Or do we focus our attention on the person whose lack of care or lack of awareness of the vulnerability resulted in the hurt or damage?

Why should it be different on our roadways where consequences to those most vulnerable can be so severe?

I think most of us “get it” in school zones. Nobody, I hope, would ever say to a child who steps out onto the street from between two parked cars: “stupid is as stupid does.”

Motorists are expected, in school zones, to slow down to what feels like a crawl and pay a super high level of vigilant attention so that children will be safe even if one does step out from between parked cars.

Yes, children must learn to use cross walks and look carefully both ways before crossing the street. We all must. And cyclists should obey the rules of the road and show a high level of care for their own safety.

But who has the higher moral duty?  In my view, it’s the pilots of the bullets weighing thousands of pounds.

A motorist who says a pedestrian or cyclist “came out of nowhere” is not paying the minimal level of care expected of all motorists all the time, let alone a level of attention required to protect the most vulnerable of road users.

And it’s not hard. It simply requires paying continuous, focused attention to the task at hand.

And adjusting our driving to take into account the possibility that a vulnerable pedestrian or cyclist, child or adult, might themselves be inattentive or reckless so that we can avoid hurting them.