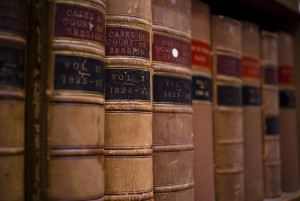 Laws do not change themselves.

It takes political will. It also takes getting on the agenda of the politicians that we elect to represent our interests in government.

What motivates a ruling political party? Sometimes, as with the notoriously unpopular HST, it is motivated by doing the right thing, popularity be damned.

At other times, the driving force is a public outcry to deal with unfairness, such as motivated the fast action taken to make sure the likes of jailed murderer Clifford Olson stop collecting a government pension.

Am I going to be tarred and feathered for calling the HST “the right thing?” I couldn’t resist. Come on, though. How hard can it be to get the masses to sign a petition against a new tax? Do any of you who signed the petition really understand it? I’m going to stop on that one and welcome the hate mail.

But there’s one law that, above most others, I wish would attract the public outcry that it deserves. It makes headlines from time to time, but not nearly enough in my opinion, and not enough to get on the agenda of our political leaders. The latest was the headline about the death of an Abbotsford lady, caused by the negligence of her caregivers who failed to change the batteries in her ventilator.

Her daughter is dealing with the senseless loss of her mother. She hurts, and hurts bad. It’s the kind of hurt that cries out for compensation.

The law? No compensation for that hurt.

It would have been different if she had been an income earner with dependents. If that were the case, her dependents would be able to claim for their financial loss, though not for the hurt.

Summarizing the words of Burnaby lawyer, Don Renaud, there is no financial compensation when a child, senior or person with a disability loses their life because their lives are deemed to be valueless: they weren’t working and weren’t supporting dependents.

Don Renaud is one of the leaders of a movement to convince our political leaders to change these laws to provide for fair compensation for the loss of any life, however financially insignificant that life may be.

Our laws provide for compensation for financial losses only, not the loss of life itself. A surviving child or spouse has a claim for a loss of financial support and for other losses that have financial value, but no claim for the pain, suffering, and emotional anguish caused by the death of a loved one.

The failure to replace ventilator batteries is the kind of conduct that cries out for consequences. Clearly, government regulations are insufficient to ensure that the most vulnerable in our society are given the level of care they deserve. Requiring nursing homes to pay compensation when their negligence causes the death of residents would bring about a higher standard of care.

How about the conduct of those four RCMP officers who caused the death of Robert Dziekanski at the Vancouver airport? There are periodic news reports of citizens dying at the hands of police officers, often while in custody.

For the most part, we have a fine national police force, but stiff financial consequences might be what it takes to cause the RCMP brass to do whatever it takes to eliminate the exceptional incidents of police officers acting like goons.

I am doing my part to cry out for a change to our laws by writing this column. If it moves you, I ask you to cry out as well. Please e-mail me with your position on the value of life in this province. I’ll be happy to pass it on to our political leaders.