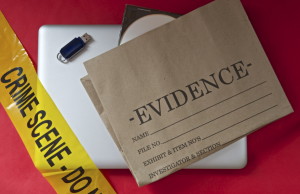 The proverb that says don’t judge another until you have walked a mile in his moccasins is one of my favourites. But it’s also perhaps one of the most difficult proverbs to follow.

We hear about another person’s shocking behaviour and immediately jump to judgment. Certainly, we would never behave like that other person. Golfer Tiger Woods is a prime example—a villain in many people’s minds.

Imagine, being away from home for stretches at a time and being hit on by supermodels everywhere he turned. I will admit that, on the face of it, I had a lot of trouble keeping my “judge your neighbour” hat off my head when I heard the recent news that a Victoria personal injury lawyer was convicted of fabricating evidence and obstructing justice.

Part of the problem was that lawyers often get the short end of the stick in the court of public opinion as it is. I have proudly pursued a career of helping crash victims achieve justice and here is a personal injury lawyer who is tarnishing that pride.

I imagine the pangs in my stomach I felt on reading that news were similar to those felt by many excellent law enforcement officers as they heard the report of retired judge Thomas Braidwood into the behaviour of the four RCMP officers who caused the death of Robert Dziekanski.

The Victoria lawyer I am referring to had run a jury trial for one of his personal injury clients. The jury verdict went against his client. In his attempt to have the verdict overturned and have a chance at a new trial, he sent a letter in to the court, pretending to be the husband of one of the jurors, saying the juror had been offered a bribe from the insurance company.

It was absolutely outrageous behaviour that may end his legal career.

I expect that the immediate, cynical impression most people would have had on hearing that news was that this lawyer was a greedy, money hungry cheater. He rolled the dice for this client, bought the lottery ticket and the ticket didn’t pay off. He just wanted another roll.

But that wasn’t my first impression.

I’ve walked a mile in the moccasins of a man who has taken his client to a jury trial. It’s not something you do lightly. And it’s not like rolling the dice. It’s a huge undertaking, perhaps two or four weeks of your life.

Your personal life is put on hold and the trial occupies every fibre of your being. You have struggled to achieve what you consider a settlement for your client’s injuries with the insurance company without success.

You commit to that huge undertaking (a trial), hoping the jury will see the justice you feel must be done and not have it tainted by what you see as insurance company tactics. After all that, imagine the jury verdict coming in at far less than what you strongly believe is fair compensation.

Something went wrong. The justice system, in your view, didn’t work this time. You think perhaps you made tactical errors in the way you presented the case. Perhaps clever insurance company tactics tainted the jury against your client. You believe that a wrong has occurred.

The right way to deal with that situation is to look for ways to appeal the decision. Hopefully the court of appeal will recognize the wrong that you see so very clearly. The wrong way, however, is to fabricate evidence.

As wrong as he behaved, I have compassion for that lawyer, without having ever met him or hearing his side of the story. I hope that others do, and those deciding the fate of his legal career give him another chance.