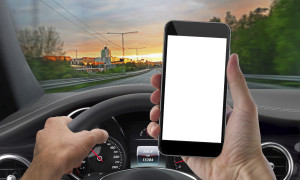 It’s the provincial government’s latest road safety initiative.  They’re jacking up the financial consequences of being caught using an electronic device behind the wheel.

Will it make a difference?

Have drivers been ignoring the electronic device prohibition because the fine has been “only”  $167.00?  Can we expect an attitude and behavioural shift to occur when we wake up on June 1st?

ICBC publishes crash statistics.  Their February, 2016 publication shows that the number of crashes reported to ICBC from 2010 through 2013 has remained constant, at 260,000 per year.

Will that number go down, with June 1st being the turning point?

We should know very soon, by reviewing the impact (if any) on monthly crash data.  Will there be an effort by our government to collect and publish that crash data in a timely manner?

It should be easy.  In this day and age, the data must be immediately available.  The statistic is “crashes reported to ICBC”, so there is no need for extensive data collection work.

Why is the latest crash data, reported in ICBC’s February, 2016 report, from 2013?  Oddly, the report even notes that some of the data for 2013 was “not yet fully available”.

I bet any of our huge retailers could tell by the click of a few buttons how many cans of a particular brand of soup was sold yesterday.

Let’s see if timely data is provided so that we can evaluate this initiative.  If it is as impotent a move as I suspect it is, we need to know as soon as possible so that we are not lulled into a false sense that road safety is improving when it really is not.

I wonder how effective the very prohibition of the use of handheld electronic devices has been?

Perhaps it has had negative impacts that have made us even less safe.

One negative impact is lulling British Columbians into the false belief that hands free cell phone use while driving is safe.  It’s not.

Another negative impact is drivers being more secretive about their use of handheld electronic devices, below the dash were they can’t be seen.  Eyes that should be on the road are diverted even further away.

How about giving British Columbians the clear message that driving is an inherently dangerous activity that demands our full attention?  How about prohibiting the very existence of a driver’s cell phone within control of the driver?  We do it for “open liquor”.  Why not apply the exact same rules for cell phones?

This would have the significant added benefit of giving the law teeth.  Imagine the sense of empowerment that law enforcement officers would have, armed with a law that they can actually enforce.

The current law is being ignored, in large part, because it is so difficult to enforce.  Increased fines won’t make a lick of difference in enforceability.