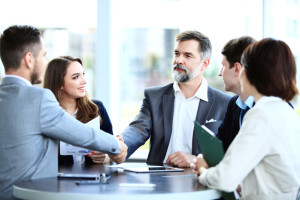 I joined thousands of other parents of school aged children, breathing a huge sigh of relief on hearing the news that the BCTF and the Provincial Government had reached a tentative agreement.  They had seemed way too far apart for a negotiated solution to be in the cards.  Talk of legislation to force the teachers back to work, a horribly unsatisfactory solution, seemed like the only way our children would get back into the classroom.

How many of us held out much hope that the mediation led by veteran mediator Vince Ready could bring about a settlement of the dispute?  It seemed as though some sort of magic would be required, and not many of us parents believe in fairy dust any more.

There is nothing magical about a mediation.  Both sides show up, which is an excellent start, though they don’t necessarily come face to face in the same room.  Unlike an arbitrator, who plays a judge role and is given the authority to decide how the dispute will end, a mediator has no decision making power.  Somehow, with no arm-twisting authority, a mediator is tasked with achieving a settlement that the parties themselves are unable to reach on their own.

It makes sense in the context of a dispute between two children, each of them stomping their feet.  A parent at home, or teacher on the playground, can come in, diffuse tensions, and the two are happily playing again within a couple minutes.  How does it make sense in the context of two sophisticated parties, each with veteran negotiating representatives?

Maybe it’s Vince Ready, not the mediation process, that’s magical.  One headline had an illustration of Mr. Ready rising into the sky with an umbrella in his hand, like Mary Poppins.  His popularity suggests a level of magic: Mr. Ready has a web site where you can look on-line for his availability for mediations and the first clear date is Friday, May 1, 2015.

While an effective mediator can certainly increase the chances of success, the reality is that the mediation process itself is notoriously successful.  They are so successful that the Province of British Columbia passed laws in 1998 that provided a mechanism for either side of an ICBC claim to actually force the other side to a mediation.

Forced to negotiate?  Yes.  Not forced to come to an agreement, but forced to show up and participate in the process.

According to the British Columbia government, “…statistics bear out that parties who attend mediation, even when forced, will normally reach a settlement.”  According to their web site, during the period of 2002 through 2010, there was an average settlement rate in mediations of about 80 percent, the result being approximately 24,000 mediated resolutions.

I have participated in many mediations, and I regularly show up thinking that it will be a complete waste of time because of the vast gulf between starting settlement positions.  Somehow, by the end of the magical process, there is often a resolution.

I take nothing away from Vince Ready as an incredibly effective mediator.  I have seen the magic occur with many other mediators, though.  I encourage anyone poised to spend insane amounts of money and time fighting a legal dispute to seriously consider involving a mediator and engaging in this magical process.