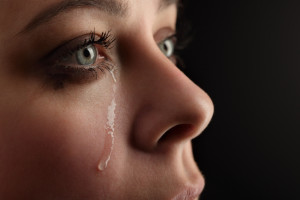 There are three boxes of tissue on my desk.

One of my Case Managers joined me the other day for a new client consultation.  Referring to the boxes of tissue, I joked that they are for my staff.  It was a light way to introduce a topic that comes up in almost every one of my cases.

My clients never bring it up.  They don’t need to; I can see it on their faces.  Initial optimism gradually gives way to the grim possibility that a full recovery might never be achieved.  After enough time passes, and your medical team runs out of “magic pills” to fix you, that grim possibility becomes a reality.

Like a water balloon, you need only to scratch through the surface and the tears flow.  It seems no different for men than for women.  I am there to listen.  That one factor, along with a little scratching, seem to be all it takes to open the faucet.

My clients struggle to hold it in, just like they struggle to hold it in with their spouses, children, friends and co-workers.  They feel they have to be strong for their families.  They don’t want to show weakness, nor burden their friends and co-workers.  I am a “type A” personality lawyer.  I’m about the last person they want to shed tears with.

So I scratch.   All it takes is directing the discussion toward what my client has lost.  The little things that we all take for granted like waking up without pain, having a good sleep, and energy to do things.

I scratch because I need the tears to flow.  It’s a whole lot easier to insist that you get psychological help when your tears are flowing.

Psychological help is critically important.    There are important “tools” that psychologists and counsellors can teach us that will help us deal with the life changing losses of physical well-being, career and the ability to do the things we loved to do.  Sometimes the tools are not enough.

Tears flowed in a Kelowna courtroom during a trial I ran a few weeks ago.  In his decision, Mr. Justice Kent described: “On many occasions, particularly when he was being asked about the impact of his injury/medical condition, the plaintiff became very emotional, broke down and cried.  None of this was feigned.  Rather, it was a graphic and compelling demonstration of the plaintiff’s mental health issues which have developed as a result of the accident and which continue to this day.”

To add context, my client sustained a knee injury in a car-pedestrian collision.  ACL reconstruction surgery failed.  He will require a knee replacement.  He will never return to his career as an electrician.

A psychiatrist, Dr. Semrau, assisted the Court with his opinions about the relationship between physical pain and depression.  He described the vicious circle: “the physical injuries sustained in the accident and the related ongoing pain symptomology has led to a loss of self-esteem, discouragement, and demoralization, and a circular reinforcing interaction between disability and depression”.

The most disabling of my client’s depression symptoms has been fatigue.  Dr. Semrau explained that “fatigue is a virtually universal symptom in any significant injury recovery situation, particularly  when there is persisting pain”.

Like mental health issues, generally, in our society, the mental health impacts of injury and chronic pain are often “swept under the carpet” even though those impacts alone can be even more destructive and more disabling than the initial injury.  The vicious cycle of pain and depression can throw victims into a tailspin that can seem beyond the point of recovery.

Please be mindful of these issues.  “Scratch the surface” with those around you who you feel might be at risk and encourage / facilitate getting them the important help that they need.