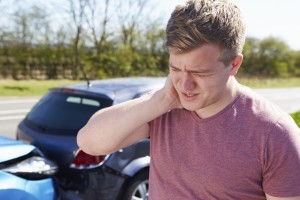 From time to time I ask you, the readers, for topics you have an interest in, hoping that your suggested topic will relate to the “achieving justice” theme of this column.  I could count the number of topic ideas I’ve received in the years I’ve been writing this weekly column on one hand.

I hit a gold mine last month.  One of the specialists (“expert” in the legal context) I called as a witness to give opinions at a trial last month is familiar with my weekly writings.  He e-mailed me a list of topic ideas that would take all of my fingers as well as both thumbs to count!

It is quite the luxury for me.  I get up at about 4:30 a.m. the morning of my column deadline so that I have the time to come up with and write about a topic.  Sometimes the “coming up with a topic” takes longer than the writing!  This morning, bundle of potential topics in hand, I feel like I’ve got all the time in the world!

One topic posed this question:  “My ICBC adjuster said that my accident is a low velocity claim and that, therefore, I am not entitled to much compensation.  Is this true?”

It caught my eye and made my stomach churn at the same time.  How many innocent victims of motor vehicle collisions have been told: “You shouldn’t be injured because there is less than $1,000.00 damage to your bumper”?

The comments buy into the dangerous public perception, fed by the media, that we risk serious injuries only in those “fire and brimstone” type head-on crashes with casualties air lifted to the hospital.

The “medical science” is that those perceptions are a “load of crap”.  You might have difficulty finding those words in a medical journal, but  there is not one honest member of the medical community who will disagree with me.

One error with that thinking is exposed when you understand that damage to the bumper does not correlate with the amount of force transferred to the vehicle occupant.  At lower speeds, in fact, there is a reverse correlation.

Bumpers are built not to crumple at lower speeds.  Your bumper doesn’t crumple behind you, the crumpling metal absorbing most of the force of a 3-6,000 battering ram, when your vehicle is rear-ended at a low speed.  Instead, there are spring type devices in your bumper that will result in all of that energy jolting your vehicle forward.  That’s how whiplash type injuries occur.

The insurance industry saves a bundle in bumper repair.  They then deny injury claims telling injured victims: “Look, no damage to the bumper, you must be fine”.

Another error in thinking is assuming that all necks and backs will respond the same way to the same forces.  Yes, most people will escape a low velocity impact collision with injuries that completely resolve within a month or two, or even without any injury at all.  The medical science, though, is that some people will be injured, and some of those injured will never, ever recover.