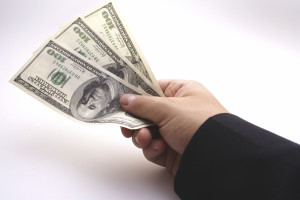 Sometimes juries get it wrong. It’s small wonder, juries are asked to do a tough job, without much in the way of clear direction.

A story crossed my desk last week. It was about a New Jersey court of appeal that held a jury award for pain and suffering was “grossly insufficient” and a miscarriage of justice. The case was sent back to the lower court for a new trial.

The case was about a 50-year-old woman who lost her leg because of negligent medical care.

The jury awarded the woman $100,000 under the pain and suffering category.

There are three main categories of loss a person injured in a car crash will suffer. Two of those categories deal with the person’s financial losses.

The other financial loss is medical, rehabilitation, housekeeping, care and other expenses incurred up to the date of trial, as well as a projection of such expenses likely to be incurred into the future.

The pain and suffering category of loss is a non-financial loss.

When a jury compensates a crash victim under this category, the compensation is for the impact that the crash injuries have had, and are going to continue to have, on the person’s life.

This does include actual pain, but is much broader than that.

It includes not being able to enjoy the types of activities that had previously been enjoyable.

It also includes having to be constantly vigilant about not pushing things too far. It includes all the day-today, hour-by-hour, minute-by-minute impacts that an injury invariably has on a person.

Imagine sitting on a jury, trying to come up with a figure that fairly compensates a crash victim for this loss. It is a huge responsibility because arguably, this is the most serious loss. Losing income and having to pay expenses is one thing. Quality of life is quite another.

In our Canadian court system, the jury is asked to fix a sum that is fair and reasonable, without any guidance with regard to actual figures.

Neither the injured person’s lawyer, nor the insurance company’s lawyer, is permitted to even propose a dollar amount.

No references can be made of what a judge might have awarded if faced with the same case.

I am sure that its members were doing their very best to attach a fair and reasonable dollar figure to the lady’s pain and suffering.

The New Jersey court of appeal came up with an interesting analysis when considering the fairness of the jury verdict.

The court of appeal took that $100,000.00 and spread it out over the lady’s expected life. The analysis resulted in the compensation amounting to approximately $8 per day.

It is that analysis that led the court of appeal to use the strong language it used, that the award was grossly insufficient and a miscarriage of justice.

Had the jury looked at its compensation in that way, $100,000 would not have seemed like such a big figure.

What does $8 per day buy you as consolation for the loss of quality of life resulting from a permanent injury, such as the loss of a limb or chronic pain?

Think about it. That’s our minimum hourly wage in British Columbia. Would it be fair and reasonable to compensate someone with chronic pain for only one hour per day at that minimum rate?

I don’t drink the stuff, but apparently $8 would be insufficient for two people to go out to a local coffee shop and each have a regular-sized, non fat, two-pump, sugar-free hazelnut latte, with no foam, and extra hot. (That would be a fancy coffee for those of us who have it black).

There is a ridiculous notion held by many that being injured in a car crash is like winning a lottery.

When you think about the fact monetary awards are strictly about compensation for very real losses, and consider that that money is the only compensation a person will ever receive for the rest of his or her life, those figures take on a whole different meaning.

Fortunately, like New Jersey, we have a court of appeal where jury awards can be reviewed as well.

Unfortunately, our court of appeal is much less inclined than the one in New Jersey to step in when a jury award is unusually low.