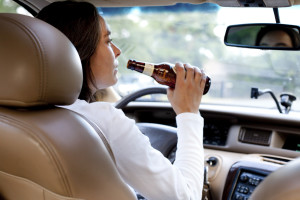 Mr. Goldring has been criminally charged, accused of refusing to provide a breath sample.  The demand was made in the wee hours of Sunday, December 4, 2011, as Mr. Goldring was driving away from his riding association’s Christmas party.

The possibility that Mr. Goldring may face that sentencing, likely amounting only to a fine, is of little consequence in comparison to the political damage he is facing.  The long-time Member of Parliament has already withdrawn from the Conservative caucus.

Of course, all of that is of little consequence when you consider the true costs of impaired driving.

During the last five years, an annual average of approximately 2,600 people have been injured in British Columbia as a result of impaired driving.

Over that same time period, an annual average of 113 people were killed.

You can find these statistics on ICBC’s web site.

The Provincial Government brought in tough new roadside penalties in 2010 which have been incredibly effective in improving the statistics.  Tragically, the law imposing those penalties has just been declared unconstitutional in a British Columbia Supreme Court ruling delivered November 30, 2011.

I say “tragically” because removing those roadside penalties is likely to reverse the statistics and more people will be injured and killed.

How can it be, I rhetorically ask, that the prospect of facing a few thousand dollars in penalties brings about a change in driver behaviour, but the prospect of killing or injuring another human being does not?

Driving behaviours can be improved with harsher penalties.  It is harder, but more effective, to change society’s attitudes about impaired driving.

I am referring to “society’s” attitudes, not just “drivers’” attitudes.

For every impaired driver, there is probably a handful of people who could have stopped the behaviour from happening.

I am not just talking about physically restraining the driver.  Get-togethers where alcohol is consumed should never occur without firm arrangements being made for sober drivers to take people home.

You can make a real difference by simply refusing to host or attend a get-together where that is not the case. Alright, perhaps that’s not so easy, but it should be. What are we afraid of?  Are we afraid that our friends and acquaintances will judge us for imposing our rigid morality on them?

I am not talking from my “high horse”, by the way.  I have not been, but recognize the need to be, part of the solution as well.

Here is fair warning to my friends.  During this holiday season, I resolve not to attend nor host a get-together without those firm arrangements being made.

I invite you to make that same resolution.

In the meantime, I beg the Provincial Government to do whatever it takes to reinstate those tough penalties that had been saving lives.